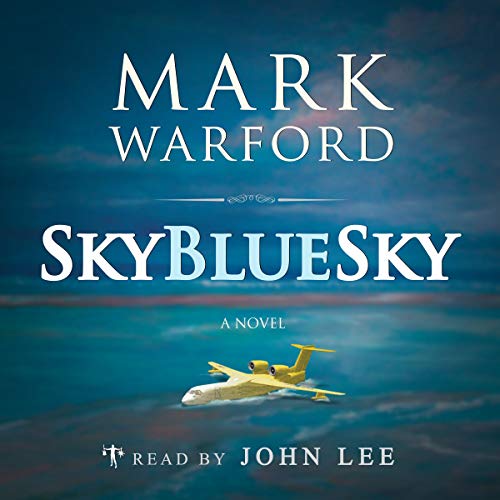 By: Mark Warford
Narrated by: John Lee
Free with a 30-day trial

Thomas Edward Muir is no drifter. He flies cargo in the islands; he rides motorcycles in the desert. Muir sails and he dives and... Yeah, he's that guy.

But life is about to kick him in the teeth. He's gonna meet a monster. Pure evil. He's gonna witness the darkest side of human suffering. And it's gonna rock his world. And he's gonna struggle with that...'cause he's that guy.

From the balmy, indigo waters of the Caribbean Sea to the searing heat of the Sahara desert, the face of modern slavery is revealed in all of its repulsive glory. Thomas Muir will be awakened to the horror as karma's unrelenting grasp forces an inevitable and impossible decision: for a decade of grief to be avenged, a descent into madness is assured.

Sky Blue Sky is a first-rate, edge-of-your-seat thriller that scales the highest peaks of entertainment and compassion and love and adventure. At times brutal, at times wildly atmospheric, but always unflinchingly honest.

I absolutely loved it! The narration was excellent and kept me entertained! The author did an excellent job with the character builds and plot! I look forward to reading more books by this author! I was given this free review copy audiobook at my request and have voluntarily left this review.