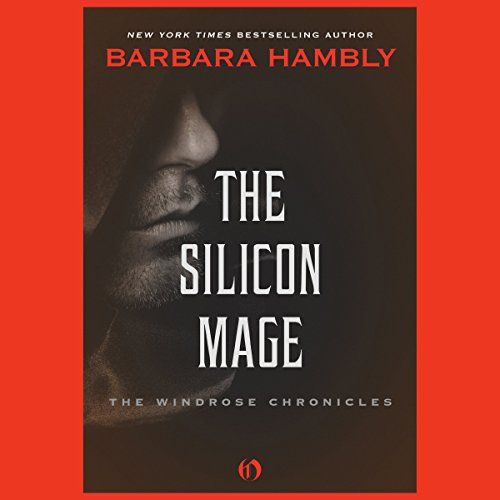 By: Barbara Hambly
Narrated by: Nicole Poole
Try for $0.00

There was a time when Joanna Sheraton knew nothing of the Void. She was an ordinary computer programmer, toiling in a cubicle in air-conditioned Southern California comfort, unaware that sinister forces had penetrated her universe. But from across the interdimensional divide, an evil mage had put in motion a scheme for eternal life by transferring himself into a computer that feeds on Earth’s life force. Called upon to help by the wizard Antryg, Joanna could do nothing more than delay. At the end of her first sojourn across the Void, Antryg was imprisoned and their task seemed hopeless.

Now she must depart from Earth once more, to rescue Antryg and save humanity. She is friendless, and the dark mage’s forces hound her every step. But a good hacker is not easily deterred.

What listeners say about Silicon Mage

Would you consider the audio edition of Silicon Mage to be better than the print version?

Great story, really a mix of fantasy/mystery/romance. Writing style is fantastic and the reader was really really good.

Have you listened to any of Nicole Poole’s other performances before? How does this one compare?

No I had not listened to her before. She was an excellent reader.

hambly does it again!!

great narrator as well. overall a wonderful l isten. helps to have good narrators. thanks.

I have loved this series since it came out. T story is great and the writer has a beautiful use of figurative language the constantly gives a visceral experience of what the characters are experience. The reader was great and portrayed the characters so that I didn't even once think about the voice not changing for each character. Highly recommended!!!

Took me a chapter or so to get into the 1st book but, once in, I was hooked. This one I found hard to stop listening to. We read!

The narrator is great, but they've left in all the spitty swallowing noises whichis frankly gross to listen to with headphones.

Narrator set my teeth on edge

Having battled through the first book because of my love of the text, I tried to listen to this. I really did. I cannot. The narrator totally ruins it for me.