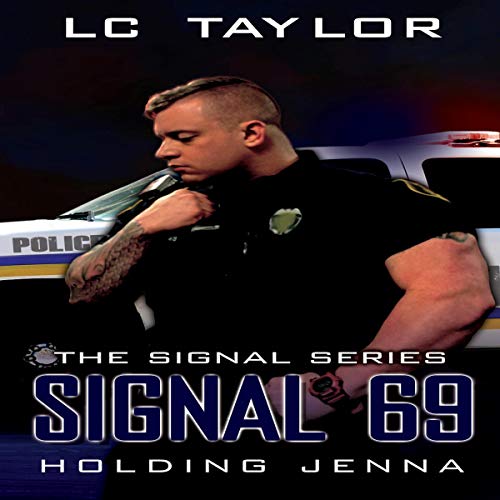 At 26, Jenna Hardy didn’t expect to be starting over.

But after a nasty divorce two years earlier, that's exactly where she finds herself - beginning again.

Moving to the small town of Bakersfield was her chance at a new life.

A place where her past couldn't torment her.

Finn Judson is every girl's fantasy. He's the typical sexy cop with an attitude - and he loves his job.

His family doesn’t understand his choice to wear a badge, reminding him every day he comes from wealth and needs a wife.

But he doesn’t care about money or marriage - swearing off love after his wife cheated on him.

When a series of events put Jenna on edge, she has no choice to involve the police. When Finn answers a couple of calls involving Jenna, he can't seem to get her out of his head. She's unlike anyone he's ever met and he starts to question everything.

Their chemistry is undeniable - yet Jenna keeps running.

Someone hurt Jenna and she refuses to let Finn into her heart - constantly shutting him out.

When Jenna's past comes crashing back into her life and threatens the very life she's trying to build, Finn will do whatever it takes to prove not all men are monsters.

This is the fourth book in the Signal series.

Mature Listener Warning: This book contains a lot of panty-dropping sexiness! There is raw sexual language (aka dirty talk), a little violence, and tons of heat! It is intended for listeners 18+ and fans of the naughty stuff. If that's you, then be sure to check it out!

LC Taylor can do know wrong with this series. Book 4 of 5, this book had me fro the first chapter until the very end. Jenna has settled in to her teaching position and a new life after a horrible marriage. Looking forward to finding her new normal, she bumps into good looking policeman, Finn Hudson. Neither is willing to start a relationship, but the pull is there. Now with a series of threatening circumstances, Finn finds himself protecting Jenna. Will these two give into their passion? Will the threat continue? High action, incredible chemistry and fantastic characters move this story along at a fast pace. I loved it! Right down to the dog! Craig A Hart narrates this installment, and I thoroughly enjoyed his interpretation of the story. He has great voices and his pace is perfect. I can't wait to hear the last one in this series!

This was a fantastic audiobook and book for reading. I’ve enjoyed both and highly recommend this series. Narrator did a fantastic job also.

Loved it! Signal 69: Holding Jenna is the fourth book in The Signal series. I had the audio version of this story. This is the first book by this author I have read and I really enjoyed it. Finn Hudson is a patrol sergeant on the local force. Jenna has to start her life over again after almost being killed by her abusive ex-husband. It's a fast paced story of two people dealing with their past. If you love reading about romantic suspense and contemporary romance, then this is the right one for you. I highly recommend this story. You won’t be disappointed if you give this book a try. I found that Craig a. Hart did a wonderful job with the voices in this one. I'm definitely going to see what other books he has in audible. Keep up the awesome work!

This story was great. I really enjoyed it! The characters were well written and believable and the narration really brought them to life. And Craig really committed to the sexy bits and dialed the heat up to 11.

I enjoyed the majority of the story and Craig Hart always does a great job. Even with the warning in the Audible preview, the last third of the story was a little two graphic for my taste. I am going to try another book in the series to see how the series goes. I was given a a free copy of this book by AudioBooks Unleased and I am voluntarily leaving a review.

I received this book for free in exchange for an honest review and I have to admit that i lived this book. The story was edgy and had a good pace. The narrator did an excellent job and was very easy to listen to. I highly recommend this book to anyone who enjkys a suspense romance.

Signal 69 was a romantic suspense full of danger, sexual attraction and steamy sex. It is the story of Jenna and Finn. She ran from her past and her ex-husband but after an incident that required the police, Jenna came crashing into Finn's life like a tidal wave he didn't see coming. Their attraction was undeniable yet she kept telling herself she wasn't ready for a relationship with the sexy cop. The story was engaging and, even though it might have been a bit predictable, it kept my attention until the very end. If you like romantic suspense, then you'll love this one. Craig A. Hart did a great job bringing this story to life.
🎧AudiobooksUnleashedReviewer