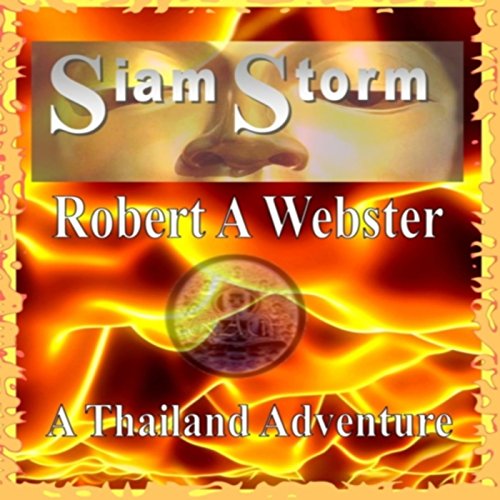 Spock and Stu are excited, with each having their own thoughts and expectations about their upcoming holiday to Thailand. The pair are in agreement however, on what their dream vacation is going to entail: plenty of parties, lots of raunchy sex, copious amounts of beer, and balmy days chillaxing and drinking cocktails on warm sandy beaches.

Boy, are they in for a shock.

Once you pick up this hilarious adventure and start reading it, you won’t be able to put it down - Dinorah Blackman, ‘Readers favorite’...5 star rating.

When a golden box containing the dental remains of the Buddha is stolen and its guardian monks murdered, Pon, the surviving combatant monk, is sent on a quest to retrieve the holy item.

The search takes Pon from his isolated Thai monastery in the Cardamom jungle to Cambodia. After discovering that the man responsible has fled to Thailand, Pon sets off in pursuit. Little does he know that he is about to run into Stu, Spock, and their new pal, Nick, who is not only thrifty, but also very accident-prone.

The lovable English rogues amazing holiday doesn’t last long for they soon stumble across the holy box and, unaware of its sacred contents, replace them with Nick’s knocked out dentures, after yet another mishap. Pon then pursues Stu and Spock to the tranquil island of Koh Samet. Calamity follows and they all get swept up into a new kind of adventure.

The fun has only just begun...

What listeners say about Siam Storm: A Thailand Adventure