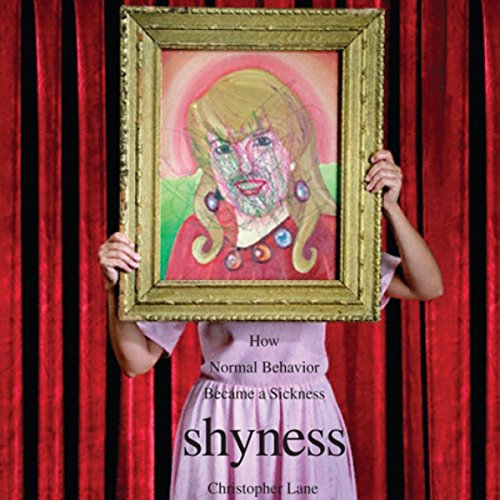 By: Christopher Lane
Narrated by: Derek Perkins
Try for $0.00

In the 1970s, a small group of leading psychiatrists met behind closed doors and literally rewrote the book on their profession. Revising and greatly expanding the Diagnostic and Statistical Manual of Mental Disorders (DSM for short), they turned what had been a thin, spiral-bound handbook into a hefty tome. Almost overnight the number of diagnoses exploded. The result was a windfall for the pharmaceutical industry and a massive conflict of interest for psychiatry at large. This spellbinding book is the first behind-the-scenes account of what really happened and why.

With unprecedented access to the American Psychiatric Association archives and previously classified memos from drug company executives, Christopher Lane unearths the disturbing truth: with little scientific justification and sometimes hilariously improbable rationales, hundreds of conditions - among them shyness - are now defined as psychiatric disorders and considered treatable with drugs. Lane shows how long-standing disagreements within the profession set the stage for these changes, and he assesses who has gained and what's been lost in the process of medicalizing emotions. With dry wit, he demolishes the façade of objective research behind which the revolution in psychiatry has hidden. He finds a profession riddled with backbiting and jockeying, and even more troubling, a profession increasingly beholden to its corporate sponsors.

"Highly recommended for general readers, healthcare professionals and practitioners." ( Choice)
"A provocative look at an important chapter in the history of modern psychiatry." ( Chicago Tribune)
"This well-written book is a thoughtful examination of shyness and its relation to psychopathology. I very much enjoyed reading Lane's thought-provoking book." ( New England Journal of Medicine)

What listeners say about Shyness

Eye Opener For All

What did you love best about Shyness?

Just the way the author broke it down and that it is not a mental disorder nor should be treated like one. Easy to follow and had good examples to support it

What was one of the most memorable moments of Shyness?

The whole book was enjoyable, the 2nd half stood out more than the first part

Wasn't that kind of book

Just the realization of what pharmaceutical companies are trying to do to us as people and for people to wake up and use informed consent,