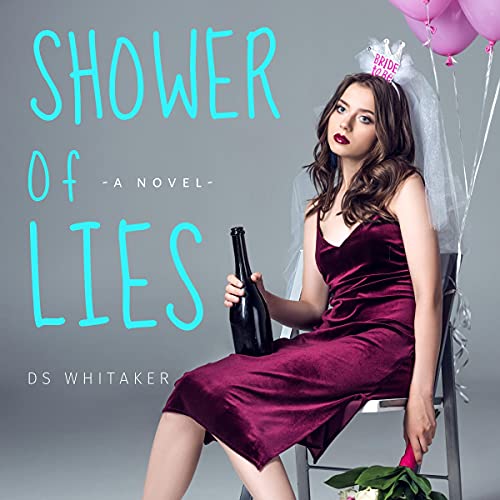 By: DS Whitaker
Narrated by: Serra Hirsch
Try for $0.00

Planning the bridal shower from hell….

The morning after Valentine’s Day, her best friend Raven calls, gleefully announcing her engagement, and begs Jenna to plan the bridal shower. But Raven insists the party must happen in two weeks, revealing a secret about an upcoming surgery.

A self-described geek, Jenna hasn’t the first clue how to arrange a large party, but feels compelled to accept the challenge to help her sick friend.

Organizing the complicated event soon takes a toll on Jenna's job, her relationships, and her health. To add insult to injury, she must coordinate every aspect of the party with the groom’s demanding mother. All the while, she notices Raven isn’t behaving like the childhood "sister" she grew up with. Why was Raven marrying Jack (an incompetent used car salesman, stoner, and overall complete jerk) so quickly?

When Jenna's rust-bucket car finally dies, she hopes to get a good discount at Jack’s family dealership. While there, she bumps into an IRS accountant who later reveals the awful truth: Jack and his parents are criminals in business with the Philadelphia mob.

Can Jenna save her friend from marrying the wrong guy?

Or will she only find more secrets and lies?

What listeners say about Shower of Lies