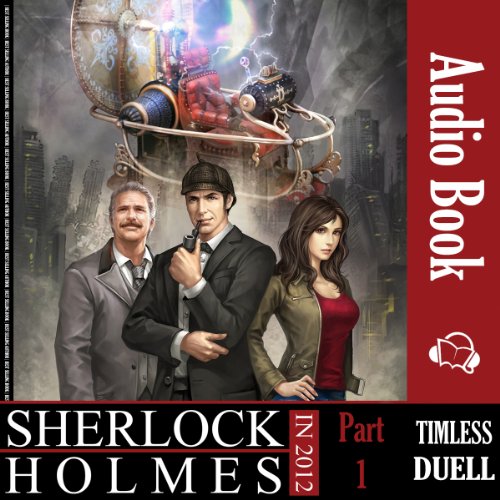 By: Mohammad Bahareth
Narrated by: Lillian Rathbun
Try for $0.00

It's Sherlock Holmes like you've never seen him before. Between the classic Sherlock sleuth skills and the twist of time travel, Sherlock Holmes in 2012 is a mystery series that will have you asking for more.

Delve into the book to find a woman even smarter than Sherlock. He has solved the crimes of Britain but you will be amazed as he outwits terrorists and murderous foes on two continents and around the globe. Watch as the mind of Sherlock outsmarts the enemies of the 20th and 21st centuries and find out how he beats the greatest enemies of all time and how the bloodline of good old Watson has an intellect and brilliance that, when matched with Sherlock, is a force to be reckoned with.

What listeners say about Sherlock Holmes in 2012: Timeless Duel