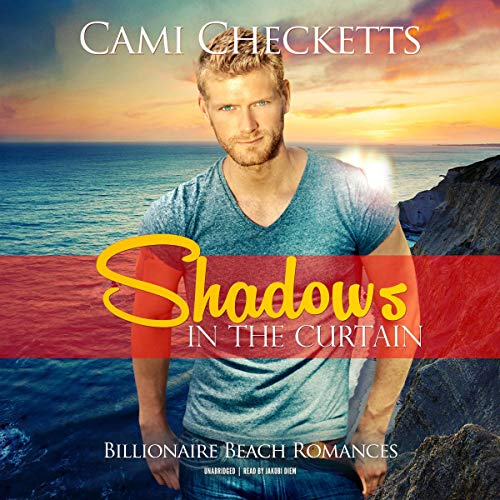 Shadows in the Curtain

By: Cami Checketts
Narrated by: Jakobi Diem
Try for $0.00

Every stage actress wants fans, but what happens when one goes too far?

Emmy has the perfect life - a house on the beach, a successful career headlining the local theater, and love. But when a brutal murder brings unimaginable grief, Emmy’s world comes crashing down. As she tries to pick up the pieces, she can’t seem to avoid Josh, the new fireman in town.

Emmy does her best to fight the sizzle in her chest when Josh is near. But with the stalker still out there, terrorizing her and those she cares about, she can’t fall for anyone - especially Josh, a suspect in the murder investigation.

If Emmy allows a man to get close, it’s not just her heart she puts at risk, it’s her life.

What listeners say about Shadows in the Curtain

Theater actress, Emaline is living her best life...she’s doing something that she loves and has a great marriage. Now if only the police will catch her stalker...and she wasn’t attracted to the handsome man at her gym. Firefighter Josh feels that pull towards Emmy but backs off when he discovers that she’s married. Then Emmy’s husband is murdered by the stalker and Emmy blames Josh...for a year, even though he has been cleared of suspicion. As Emmy begins to move on from her loss, she begins to acknowledge the chemistry with Josh. As the pair explore the possibility of a relationship, the stalker resurfaces. Will the stalker take someone else who is special to Emmy?
Good paced romantic suspense and you will guess the wrong guy!

I loved this series by Cami Checketts. There was action & romance in each book, with a Christian core.😊

Sweet story, but not for me. Jakobi Diem can read The Three Little Pigs & I will listen!

this book was really good. I enjoy reading more books by this author in the future.