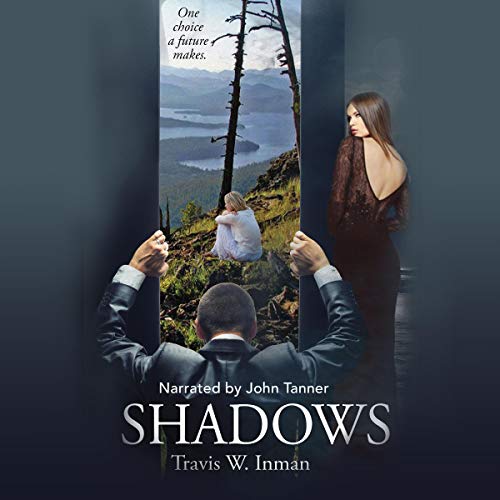 Secret societies, dangerous passions, and untold millions await Justin “Flip” Grey when he arrives at a banking conference for a weekend seminar. Little does he know he is being auditioned for inclusion in The Lair, a group of businessmen who influence more than the economy. And they are going to test Justin. Enter Dahlia, the world’s most dangerous temptress, who has been assigned to seduce Justin. He must choose his future: his wife or his passions?

Travis W. Inman then allows Justin to make both decisions, and creates duel realities. In the first, Justin remains faithful. In reality two, Justin becomes “Flip” and chooses the seductress. One choice a future makes.

Author's notes: This book has the main character in two different parallel realities. In one reality, he is a warm, considerate husband and father, and has a clear vision of the future. In the second reality, the same character is a selfish, cold, calculating man who destroys his family and career. Though the same character, I’d like to see him have a slightly different voice in each reality. Shadows is a book about secret societies and world domination. The story has a dark overtone with a redemptive message, and is gritty and raw in places. There are elements of humor to offset the negative elements.

I love stories that give a different prospective. This book gives you a main situation and then pending the choice made at the crossroad is the path chosen towards the foundation of the rest of the characters life.
The story telling is narrated very well. No cursing and the adult situations are implied and not in full detail which keeps it clean.
I cannot wait to listen to another book from Travis W. Inman. God bless his skill as a writer and story teller.