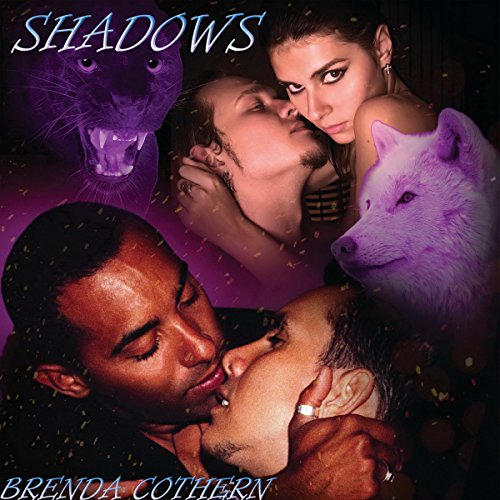 By: Brenda Cothern
Narrated by: Peter Fleury
Try for $0.00

Born at the creation of time, the Soul Stealer feeds on the malevolent and immoral auras to survive. She has honed her skills by enticing her meals to lay with her. But by attracting the attention of a soulless life-drinker, her very existence begins to change...but will she allow it?

Jordy, manager at Shadows, and Nick, ex-special forces and marine instructor, have been best friends for five years. However, everything changed when they accidentally touched intimately; both enjoyed it. Neither will admit it. When Jordy’s abducted, Nick must rescue him. But, will he be able to make Jordy remember his humanity and love?

Roni is the head bartender at the Tampa nightclub, Shadows. All she wants is to date normal humans as she brings enough baggage to the table as a changer. However, when her past comes calling and she kills her tormentor once and for all, what she thought she knew about her new lovers turns out to be a lie. Surviving the punishment is the easy part, but can she accept what her lovers are?

The Tampa nightclub, Shadows, in Ybor City has been more than just a place of employment for Sin. For the last year and a half, she has waited tables at Shadows and has not had to look over her shoulder for the destroyers who constantly searched out her kind. Hidden among the others who were not "norm", she knew she had finally found a home and the family she had never had before. However, her boss Alec's upcoming wedding has brought an influx of guests to the club; a destroyer among them.

The Tampa nightclub, Shadows, in Ybor City is the refuge for those who are not quite normal. Simon finally found a home away from home where he "fit in", but he was still the only single person in his new family. Being different made dating a nightmare. John was still hung up on his best friend, but when a bartender rescued him from a gay bashing, he never expected his life would go in such in a bizarre direction. Learning about himself and accepting who he is was a challenge, and one he wasn’t sure he could handle.

lots of sex, no excitement

even pushing up the speed didn't make this worth a listen. It was just rather lifeless as a story.