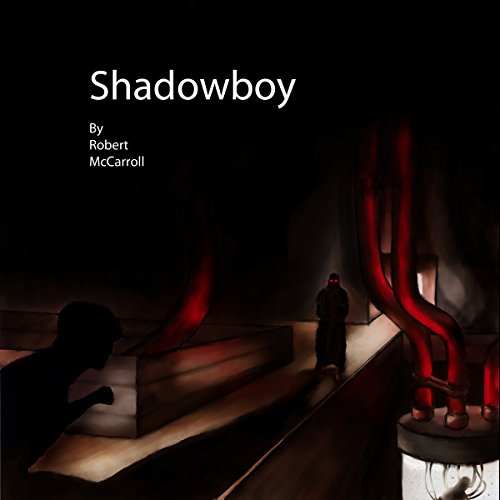 Travis Colfax was born into the hero life. His parents were pillars of the community, and he became a sidekick at the age of nine. He is the only member of the family not to manifest a power. His sister has extraordinary speed. His brother can talk to the dead.

Seven years in he's starting to have his doubts about continuing a career in heroics. Plagued by his own failures, he's giving serious thought simply to hanging up the mask for good and moving on. If only he knew what he wanted to do with his life.

The rest of the hero community grows distracted by an alien threat, and they overlook a far more human danger lurking in New Port Arthur. A few missing gang members and a rambling madman leads Travis to stumble upon a calculating, lethal scientist whose plans have so far eluded the notice of the authorities despite a trail of corpses left behind.

As the trajectory of Doctor Omicron's plan unravels, Travis discovers he must find himself and muster what help he can before the amoral researcher unleashes an even greater danger on an unsuspecting world.

What did you love best about Shadowboy?

I loved the way living in the real world was part of being a superhero or sidekick.

What was one of the most memorable moments of Shadowboy?

I can't quote it but there were times I laughed out loud at some of the dialogue and this is unusual for me.

I looked forward to getting back to it.

I intend to recommend this to friends who enjoy the genre.

A slightly different take on superheros

I would definitely recommend this good to friends as its interesting. I hate book where I can guess what is going to happen at the two or three chapters ahead so it nice to find something that keeps me guessing.

What was one of the most memorable moments of Shadowboy?

Dealing with bureaucracy. Don't want to spoil much but the first chapter was great where it shows some of the downsides of being a superhero

Not really. It was an interesting book, but I would not like it if it was overly provocative.

Superheroes in a bureaucratic world

This book is fun. It has a few issues but I found it very easy to overlook them due to everything else about the book.

In a world of heros our protagonist, Shadowboy, is continuing the family business of heroing. His broth and sister do it, his dad does it. His mum did it. Only unlike everyone else in his family Shadowboy has no powers. This gives the story a great "in over his head" element and also provides some of the early tension in the book. Shadowboy is old enough to no longer be a sidekick, and is now moving into being a full on hero. He's just not that good at it.

What made this book different to other comic books or superhero books I have read is the bureaucracy. Marvel has the Superhero Registraciton Act but doesn't really go into the nitty gritty of how it would play out in a real world. This does. And the answer is Red Tape! What to be a hero? Fill out this form. Want to move from a sidekick to Hero? Another form. Want to be a leader of a team? You need endorsements to be a leader, the team base has to meet certain building codes. Change your hero name? Form for that too.
And don't get me started on insurance.

The bureaucracy does not bog down the book. It's there filling out the world but not slowing it down. And it adds some nice comedic effect too.

There are some issues - such as a large amount of coincidences about how many of the heros accidentally know each other in real life outside of costume without realising it, but if you can accept these sorts of things then it is a lot of fun just following the escapades.

Ambler does really good with the narration. Really helped with the enjoyment of it. He hits the right beat for the jokes and for the emotional stuff. He provides a lot of different voices for characters. He does add distortion and effects to some characters voices (some villains, aliens etc, all chosen well to suit the characters) to varying success - some of the distorted characters can be hard to understand occasionally. But other than that it was really great narration.