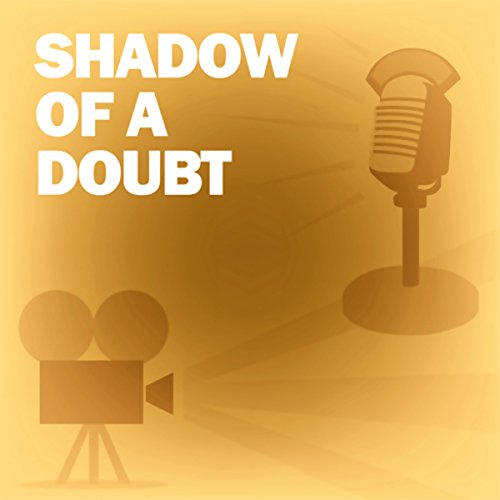 Shadow of a Doubt

By: Academy Award Theatre
Narrated by: Joseph Cotten
Try for $0.00

Academy Award Theatre featured the stars of Hollywood recreating some of their most unforgettable roles. A success with critics and audiences alike, this half-hour program presented radio adaptations of movies that had been nominated for or had won Academy Awards. These high-quality productions often used not only the film's original casts, but their directors as well. The show was first broadcast on March 30, 1946, but unfortunately the high costs of these lavish radio plays limited the show's run to only 39 episodes.

What listeners say about Shadow of a Doubt

STORY - (1946 Radio Show) This is one of eight stories I received with my purchase of Alfred Hitchcock's Radio Movie Collection. Rather than leaving the stories in one audiobook with separations between them like chapters, they divided them into eight separate audiobooks. Let me qualify this review by saying that I don't like old movies (except Hitchcock's) and I am too young to have listened to radio shows.

This is the first of the eight stories I will listen to. It is about a mysterious uncle who has come to visit his family. It is only 29 minutes long, so it moves lightning fast! It is not Hitchcock's most imaginative work, probably because it's hard to get a mystery started, developed and solved in that short time. I could have done without the commercials at intermission and at the end, but it sorta added to the feeling of what family entertainment was like in the 1940's.

PERFORMANCE - WONDERFUL!!!! There is no narrator. There are professional actors and actresses reading the different parts, and they do amazing jobs. There is old-timie music and perfectly-timed sound effects that really add to the story (except the footsteps sounded really dumb).

OVERALL - (Actual rating 3.5) Recommended for anyone who thinks they might enjoy a little bit of nostalgia.

A gem of a story. Almost as good as the film version. Joseph Cotton at his best.

Fun, but too Short

This was fun but it is an abridged version. It seems very rushed. You feel like something is missing

Ok listening but, too short.

I enjoy Shadow of a Doubt, but this version is too abridged. Lux Radio's better.

Shadow of a doubt is my favourite Hitchcock film and I love most of them, big fan. I stumbled across this radio show and was very pleased I downloaded it. The quality is really good and the radio drama is very well done. I split my sides laughing when the advert for the toothpaste came in though. But is nice to listen to what used to pass for an advert in times before. Nice book to listen to in-between, seeing as it is short you can listen in one setting.