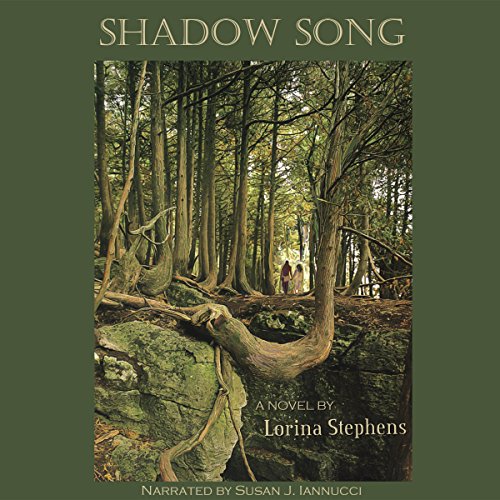 By: Lorina Stephens
Narrated by: Susan J. Iannucci
Try for $0.00

Based upon a true tragedy that occurred in the village of Hornings Mills, Ontario, Canada, Shadow Song is set amid the economic ruin that occurred to so many émigrés and British pensioned officers of the 1830s. It is full of psychological and cultural contrasts of two cultures at odds with one another, and an intimate familiarity with the geography of the novel, from the immigrants' miserable landing stage at Grosse Isle into the dark reaches of Lake Superior's north shore.

Danielle Michele Fleming, the 10-year-old daughter of a French aristocratic mother and a father who is the second son of English gentry, finds herself caught in the economic ruin that surrounds the failure of the Bourbon Monarchy. She lands aboard ship, destined for the Queen's Bush of Upper Canada and a life with the catalyst of her doom, her uncle, Edgar Fleming. Relentless in his hunt for her, her uncle has her tracked not only by bounty hunters, but in the end through another shaman of evil intent and a blood-debt to settle with Shadow Song.

What listeners say about Shadow Song

Shadow Song is quiet pleasant and easy to listen. I think that the level of mysticism/magic is over done at one point but I also see what she was trying to accomplish with that. . There are spots where the writing is a little rough.All in all the story and narration are good.

I received this audio book for free in exchange for my honest review. This is a very well written story. The narrator has a very soothing voice and enunciates her words flawlessly.