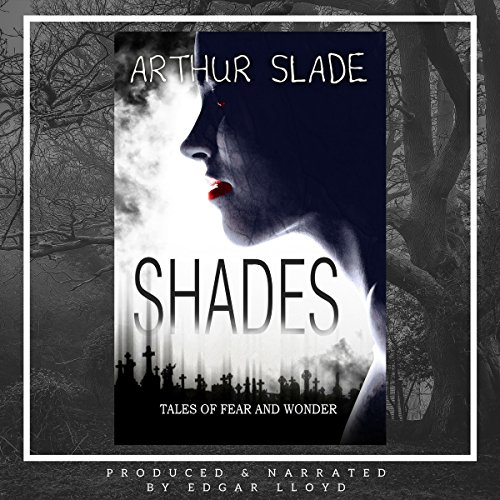 By: Arthur Slade
Narrated by: Edgar Lloyd,Amber Dawn
Try for $0.00

An eclectic collection of spine-tingling, gut-churning, irreverent, dark, fantastical, and sometimes downright hilarious short stories by the Edgar-nominated author of Dust and Amber Fang. Produced and narrated by Edgar Lloyd with a special appearance by Amber Dawn. Slade's writing style has shades of Ray Bradbury, Stephen King, William Gibson, and Ry Cooder. And he has an eye for odd details and macabre situations that are all his own.

"Virtual Dragon" - in the future, Kung Fu movies will rule the box office and wars will be fought over the proceeds.

"Jesus Busts a Bronc" - a special appearance by Jesus at a small town rodeo. A miracle? And what is Judas doing there?

"Snow White and the Seven Elves" - how to win the kingdom and look good while doing it.

"Garbage Day" - One never knows what's really in the garbage.

Arthur Slade was raised on a cattle ranch in the Cypress Hills of southwest Saskatchewan and he caught the writing bug at an early age. He started with poems, moved on to short stories, then graduated to novels. He is the author of 19 best-selling books, including Modo: Mission Clockwork, Dust, and Amber Fang. He lives in Saskatoon, Canada.

Visit him on the web at http://www.arthurslade.com.

What listeners say about Shades

Short if not Sweet

Although some people might find these short stories disturbing I feel they are truly delightful. Of course I grew up watching Alfred Hitchcock and Stephen King for entertainment

This is a collection of short stories

I listened to this book on Audible and the entire book is only 1hr 28 min long. The tales in this book are unusual and twisted almost as if from a child's point of view. I f strange stories are your thing then you will enjoy this set of tales.

Really loved all the stories. They played like several episodes of an anthology show like the Twilight Zone. Wasn't a huge fan of the narrator but he got the job done well enough.

Awesome book with lots of great short stories. Was very glad to have picked this up

The endings arent what they could be, but still good quick stories.

Narrator did a great job.

Narration was brilliant with unique prosody and clever intonation.

I received a free copy of this book and am voluntary leaving a review.

Shades of the Twilight Zone

I really enjoyed the audiobook “Shades” by Arthur Shade. These 16 short stories reminded me of the original Twilight Zone series. The narration was excellent, most of the stories were read by Edgar Lloyd and one was read by Amber Dawn. My favorite two stories in the collection were “Snow White and the Seven Elves” and “Jesus Busts a Bronc”. I would have enjoyed hearing more stories, I hated to see it end.

Short stories to curl your toes

This is a compilation of short stories read by two different narrators, one female and one male. The voices are great with the stories that they tell. There’s a different take on Snow White, Jesus as a rodeo rider and some other fun twists and turns.

This book was an interesting group of short stories. With its' unusual endings that keep you guessing.

A TRUE MASTER OF HIS CRAFT!

This was a great listen, it has a bit of everything; from creepy, unsettling and downright strange to almost heartwarming in a twisted sort of way. I loved every second of it! Arthur Slade keeps me at full attention with this story and I love the familiar Narrators! It's a bit like Alfred Hitchcock but with a nice twist of of Slade Flair and what I've come most to look forward to in his stories...His sometimes subtle and other times not so subtle wit and well placed humor. This collection of stories will leave you feeling.....well, I guess you'll have to find out on your own. :-)

I wasn't impressed with any of it, so much so that I turned it off around the 5th chapter. Sorry author...