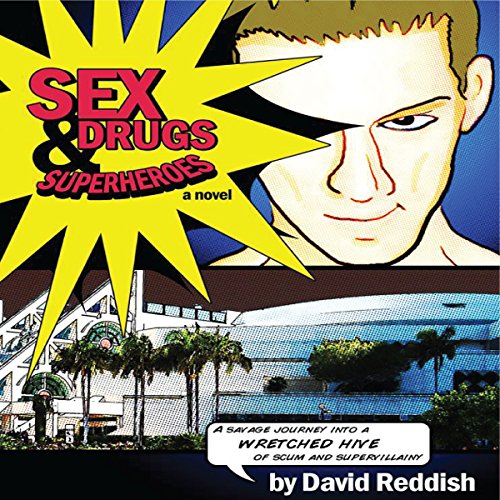 It's July 2008, and uber-geek Liquin Sonos journeys back to the one place on Earth where he feels normal: the San Diego Comic-Con.

Accompanied by first-time attendee Kate, socially inept would-be animator Windsor, and the flamboyant talent agent Brigham, Liquin delves further into the sex- and drug-fueled parties that underscore the convention and his mind and spirit wear down, he must confront his own creative ambition and loneliness to discover his life direction as the ultimate outsider.

Sex, Drugs & Superheroes is the hereto untold story of the famed San Diego Comic-Con. From a stark look at the camaraderie, rivalries, vernacular language, and traditions of Comic-Con, to the love-hate relationship with the Hollywood establishment that feeds it, never before has a book covered the nature of the American geek subculture.

The first in an open-ended book cycle following the adventures of Liquin and his friends as they follow their dreams, Sex, Drugs & Superheroes speaks to anyone with a love of all things geeky, or to anyone who has ever had a creative dream.