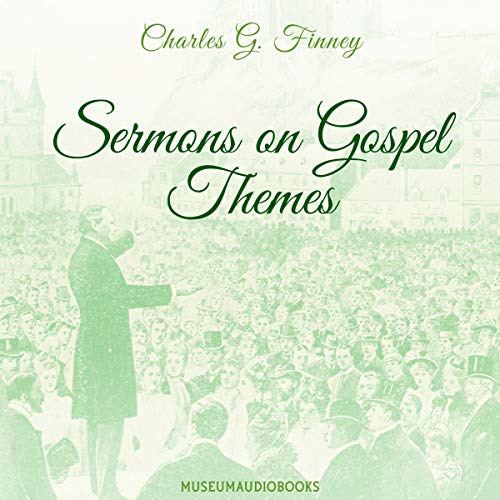 By: Charles G. Finney
Narrated by: Matthew Erwin
Try for $0.00

Charles Finney (1792-1875) was a Presbyterian preacher known for his revival services and extemporaneous preaching. He also dealt with social issues and was an abolitionist. In 1835, Finney was appointed as a professor of theology at Oberlin College; he became its president in 1851. Sermons on Gospel Themes is a collection of his sermons, including 24 delivered at Oberlin College between 1844 and 1861. They were taken down in shorthand while Finney preached them, and submitted to him for correction or addition. The series includes sermons on divine love and mercy, prayer, atonement, conversion, sin and mankind’s tendency for evil. These sermons emphasize a commitment to moral living as the evidence of faith.

What listeners say about Sermons on Gospel Themes

This is a must listen!!!! What a blessing!

This is a book of the highest quality and it’s well narrated by Matthew Erwin. I don’t even know where to begin in my recommendation! Go right ahead and buy - you will not regret it. Praise be to God!!!!!