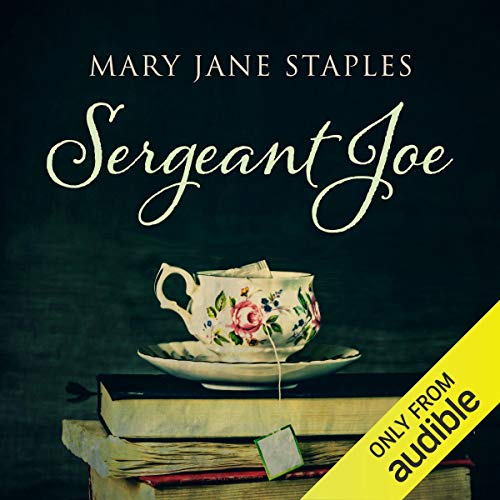 By: Mary Jane Staples
Narrated by: Micky Dartford
Try for $0.00

Everyone liked Sergeant Joe. From the huge jolly Beavis family with whom he had lodgings in Newington Butts, to Mr George Singleton, Charing Cross Road bookseller, who employed Joe in a little lucrative and harmless forgery, Sergeant Joe was a universal favourite.

Quite a few people wondered why he didn't get married. But it wasn't until he bumped into Dolly Smith - quite literally in a London pea-souper - that he met a girl who made an impression on him.

Dolly was quick, lively and full of cockney cheek. She was also a little frightened - running from a vicious-looking thug and a sinister foreigner who seemed to think she had stolen something valuable.

When Joe took Dolly under his wing he thought he was just helping her in a momentary predicament. He didn't realise his peaceful existence was going to be wrecked.

For Dolly was both bewitching and beguiling - and she was also involved in something quite dangerous that was finally to give Sergeant Joe the surprise of his life.

What listeners say about Sergeant Joe