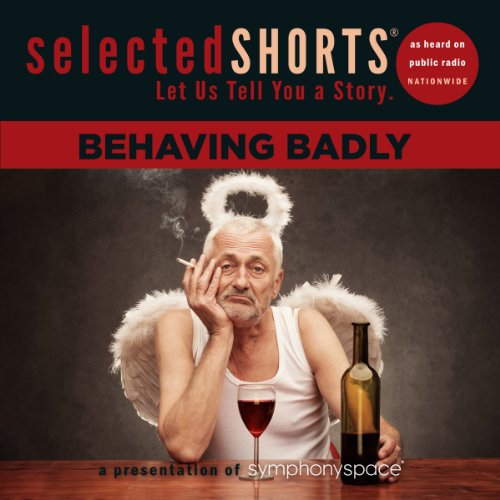 Come close to me, and I'll eat your life.

This probably isn't the best Audible to listen to if you've decided to take a long hike alone on a chill afternoon, when the rains have soaked the earth and the creeks and streams are running high. The leaves drip and rustle in fitful winds, making it sound like something is waiting around the next copse of trees. Maybe it's the mangy mountain lion that hunts for squirrels, rats and the unfortunate lost family dog - or maybe it's something else. Something much worse. When the light deserts the valleys and only the tops of mountains are thinly lit with a sun that promises no warmth, Neil Gaiman's "Troll Bridge" (2011) - which he performs himself - might just scare you so badly you don't make it over that stone arch to home.

Public Radio International (PRI) has a pretty neat series called "Selected Shorts" (1985 - present). Great actors and performers read stories for adults, and there are nifty hosts, like Stephen Colbert. "Selected Shorts: Behaving Badly - It's Good to be Bad" (2013) is a collection of those stories, recorded at different times, all with protagonists (antagonists?) who aren't quite so nice.

This collection also has Michael Imperioli's performance of Stephen King's "Popsy" (1993). I don't think of Imperioli as particularly funny, although to be fair, it's his roles in "Law & Order" (2005) and "The Sopranos" (1999-2007) that inform my opinion. I didn't think of "Popsy" as amusing and it isn't as a read - but Imperioli's rendition is unexpectedly laugh out loud funny.

The performances are live, and there are audience noises - coughs, shuffles, and chuckles. For those of us who can't get to New York's Symphony Space, where it's usually recorded, it will have to do.

The title of this review is a line from one of the stories - but, Constant Listener, you'll have to figure out which story that is.

interesting stories, more sad than funny, so if your looking for humor keep looking.... unless you fall for ill timed laugh tracks, then maybe this IS for you haha

I did enjoy this little book. Most of the stories lasted about 15 minutes. A few were very funny , about half . And here were a few really grouchy stories. My favorite was the little flamboyant boy, who pretended to On age and sang to Babar . Jute a short little book of short stories , I'm sure I'll listen to again. All the narrators were great .