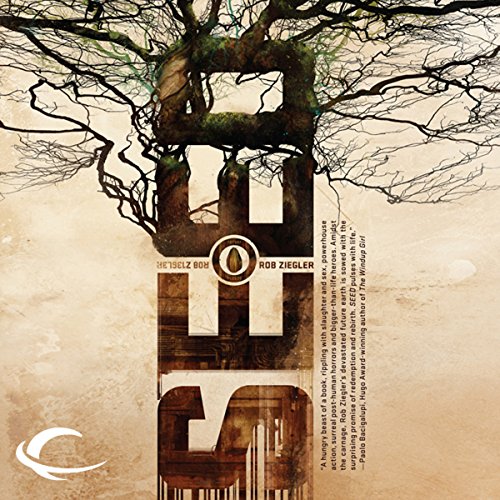 It''s the dawn of the 22nd century, and the world has fallen apart. Decades of war and resource depletion have toppled governments. The ecosystem has collapsed. A new dust bowl sweeps the American West. The United States has become a nation of migrants - starving masses of nomads who seek out a living in desert wastelands and encampments outside government seed-distribution warehouses.

In this new world, there is a new power. Satori is more than just a corporation, she is an intelligent, living city that grew out of the ruins of Denver. Satori bioengineers both the climate-resistant seed that feeds a hungry nation, and her own post-human genetic Designers, Advocates, and Laborers. What remains of the United States government now exists solely to distribute Satori seed; a defeated American military doles out bar-coded, single-use Satori seed to the nation's starving citizens.

When one of Satori's Designers goes rogue, Agent Sienna Doss - ex-Army Ranger turned glorified bodyguard - is tasked by the government to bring her in: The government wants to use the Designer to break Satori's stranglehold on seed production and reassert themselves as the center of power. Sianna Doss's search for the Designer intersects with Brood and his younger brother Pollo - orphans scrapping by on the fringes of the wastelands. Pollo is abducted, because he is believed to suffer from Tet, a newly emergent disease, the victims of which are harvested by Satori. As events spin out of control, Brood and Sienna Doss find themselves at the heart of Satori, where an explosive climax promises to reshape the future of the world.

What a mess, disappointing

This book is an incoherent mess. I had expectations for this book; it has all kinds of Sci-fi premises that I go for; such as bio engineering, cloning, our food supply. It also takes me to my neck of the woods, the west/ southwest, New Mexico. Main characters are women. Other main characters are local minorities.
Unfortunately the story just is very indistinct, vague, in part maybe because too many different view points are vying for expression through a number of characters, that i am trying to care for but never can do. The author does not explore the characters deeper and I am left prying to piece it together, which feels here frustrating. In other authors I can appreciate missing back story, because it is somehow implied, but not here.
It almost seems that Ziegler has gathered various themes of more successful writers and novels and mashed them together, but has not been able to create a coherent, engaging whole. That is too bad because some of his main ideas are interesting and would be worth exploring, describing. Maybe the author will write another book in this particular future and become a better writer with practice?
The narrator herself is good, but miscast for this book. She is skillful at expressing various characters, but then it's not her fault that they are so wooden and uninteresting, un sympathetic. Her voice would be great for a more lyrical story, one with beautiful descriptions, but it is jarring even embarrassing to hear her read the more crude expressions sprinkled throughout this narration.

struggled to finish it. the story never did cross my attention and I really had a hard time getting through it.