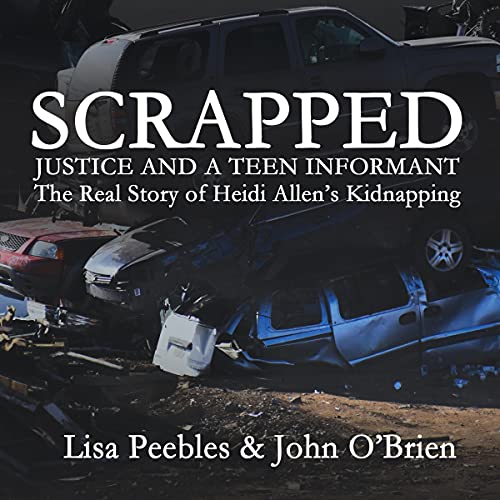 By: Lisa Peebles,John O'Brien
Narrated by: Jim Cooper
Try for $0.00

Criminal defense lawyer Lisa Peebles was taken aback by a secretly recorded phone call and police interrogation video that surfaced in a 20-year-old kidnapping case. They held the stench of a cover-up. She recruited an investigative reporter to help unearth the truth and exonerate Gary Thibodeau, the man convicted in the 1994 kidnapping and murder of 18-year-old Heidi Allen.

Scrapped: Justice and a Teen Informant exposes the underbelly of a system built more for finality than justice. It's the true story of Peebles' pursuit of new evidence against three new suspects and her discovery that Heidi had lived a double life: convenience store cashier and undercover informant. The sheriff's office hid the truth after her death as the real killers roamed free. Peebles became a de facto prosecutor to prove their guilt and Gary's innocence. As Heidi's family stood by the sheriff, her remains were likely secreted right under their noses - probably inside a scrapped van and shipped to a car shredder in Canada.

What listeners say about Scrapped