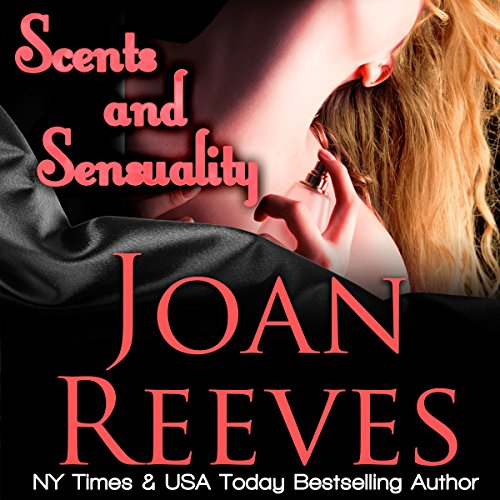 Perfumer Amanda Whitfield no longer sees the science geek when she looks in her mirror - thanks to the makeover her best friend gave her - but she still feels like that geeky girl inside. She knows all about the science of smell and the science of sex appeal in a strictly intellectual way, but when it comes to a practical application of the knowledge, as in romance and sex, Amanda draws a blank.

To hook a man, Amanda, following her best friend's advice, plans to portray an empty-headed hottie whose bra size is a bigger number than her IQ. Stuff like that works in the romantic-comedy books and movies Amanda loves, so maybe it will work in real life. She'll do whatever it takes to get a date for her cousin's wedding because there's no way she'll attend what is supposed to be the "wedding of the year" without a man on her arm.

Chalk it up to years of rivalry between Amanda and her cousin or to the fact that her cousin takes every opportunity to belittle Amanda. In truth, it's because Amanda, stung by her cousin's endless needling, told the biggest fattest lie - in front of her entire family - that she had a handsome, charming, successful boyfriend.

Now the wedding looms on the horizon like the iceberg that collided with the Titanic. Amanda's desperate. She'll do anything to get a date. Enter a matchmaking mom with a son to marry off.

Computer genius Harrison Kincaid is fed up with his mother's crazy schemes. He's determined to teach her a lesson but first he must deal with her latest prospect, Amanda Whitfield. Desperate to put an end to his mom's attempts to marry him off - and to escape the latest blind date - Harrison hatches a plan to make Amanda kick him to the curb.

Amanda and Harrison may be desperate, but the moment they meet, everything changes. Desire - unbidden, unwanted, impossible to fight - sizzles between them.