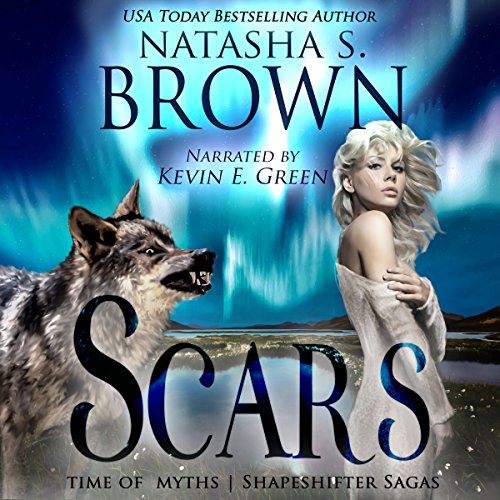 Myths come alive in the Shapeshifter Sagas. Standalone stories to intrigue and excite.

"I didn't like this book, I absolutely loved it!" - Five-star review from ebookaddicts.net

"Not my usual genre but I found myself totally involved in the story line and with the characters." Five-star review from Miki's Hope

Along the breathtaking and unforgiving coast of Snaeland, Asta's ancestral farm is plagued with bad luck. The kinless maiden's turf walls continue to be found damaged, and there are not enough farmhands to maintain the property. Claw marks in the dirt revive old memories of the wolf attack that left her scarred, and she begins to fear the whispers are true - that Fenrir, son of Loki and king of the wolves, has come to claim her and her land.

Torin often leaves his uncle's farm in the southern hills to track and ensnare valuable gyrfalcons. His secret ability to turn into the birds he trains means his falconry skills are unparalleled, earning him precious silver. If the ghosts of his past didn't haunt him daily, pushing him to numb his senses with drink, Torin might have married by now - as his uncle often reminds him. But the time has finally come to find a wife and settle down.

If they are to overcome their problems, they must do so together, or the scars from their past might destroy them both.

What listeners say about Scars

Great Book! I can't wait to hear more from author

Loved it! Great ending! I can't wait to listen to more from this author and narrator. Book kept me entertained through the whole story!

Can your scars ruin your future?

I really enjoyed this book. I gave an opportunity to go back a few centuries to Scandinavian land and see day to day lives of people in that era. This book has some mystery, a bit of romance, and a very happy conclusion.

The narrator had made an exceptional job. It was very easy to follow and enjoy listening to the book.

Scars: Time of Myths is part of the Shapeshifer Sagas; however, it’s the first I’ve read. It’s also the first of Natasha Brown’s book I’ve read. This book is different from any shapeshifter book I’ve read. Its setting is unique and the characters are definitely living in another era. Once finished, I enjoyed the book; but not until I was over halfway through it. It was definitely slow in the beginning and I found myself confused throughout the book. I’m not sure if there wasn’t a sufficient amount of backstory of if there is another book I should have read first.
I’ve never had this unsure feeling about a book before. Because of this, I have to give it 2 Boundless Stars “It was ok. It could have been better.” I did like it; it just took a LONG time to get there.

This is my first time having read a story by this author/narrator and I was given a free copy for an honest review. Needless to say, this was an interesting story. I love anything historical whether it's based on fiction or nonfiction and this story held my attention throughout to where I didn't want to put it down or have it end. Although it was obvious that Torin would end up marrying Asta, it didn't detract from the creativity the author exhibited in the story.

I would definitely read more by this author/narrator.

A very enjoyable story of two who suffered losses of loved ones. Ásta believes her ancestral farm is plagued with bad luck since she was attacked by a mystical wolf who scarred her face. Torin, who is a shapeshifter and keeps that hidden from other, believes he is responsible for his sister's death. It was an in a yearly gathering that they met and soon married. This story has a great description of the characters and lands around them and the narrator did a fabulous job telling the story. You must listen to this or read the book if you are not really into audiobooks.

I enjoyed this romance story about shapeshifters. Although the plot is similar to some I’ve read in the past, I appreciate the lack of wolf pack politics. I like the setting of the story and the narration brings this setting to life. Good story with great narration. I’ll be listening to more!

A new setting for a shifter story

I really enjoyed this story. Most period books take place in Scotland, England or the US so it was a nice change to have a different country and culture involved. It was also nice to have shifter story that didn't involve pack politics. The leads are both strong characters that quickly learn to bend with each other rather than the drawn out battle that is typical.

This book was made even better by the narrator. His voice is soothing and rhythmic, sucking you immediately into the story and holding you there until the very end. I look forward to hearing him again.

I really enjoyed this book.

it's what I would consider historical, and I don't like historical. but I really enjoyed it. I loved the characters and the writing. I loved the paranormal aspect to it. I thought the narration and ending were great. I would recommend it to others.