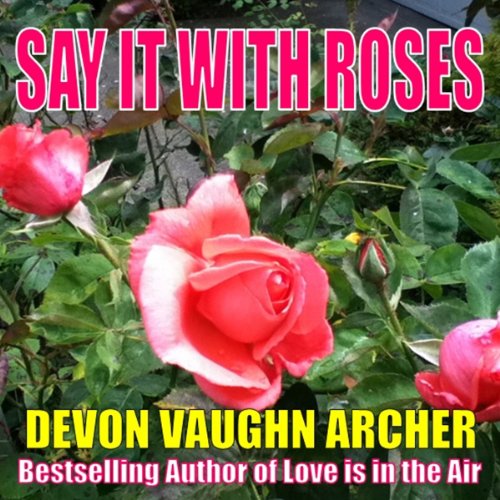 Say It with Roses

Say It with Roses

After being left at the altar in Texas, Madison Wagner is determined to fly solo. The once-burned book reviewer's move to Oregon is difficult, especially when she becomes attracted to the one man she should avoid at all costs. She can't help being irresistibly drawn to rugged and handsome best-selling author Stuart Kendall. If only Stuart's sister hadn't married Madison's snake of an ex-fiance.

Although Stuart is secretly thrilled that Madison chose to settle in Portland, he still bears the pain of his ex-wife's cruel betrayal. And he's vowed to protect himself and his young twin daughters from being hurt again. But Madison is different, and she is slowly breaking down his barriers, one by one. Suddenly, Stuart's fantasizing about a future with her. Could they both have a second chance at romance together?

Only time will tell as the two stir up passions and promise in the Rose City.

I really liked this book and would recommend this book. It had a great sexual storylines. I however thought that her best friend and ex getting together was bad. I haven't read or listen to the story about that,but if they were BFF while her ex did her wrong her friend was wrong for getting with him. If he knew that was her friend then he I'd dirty for doing that. I can't believe her new man who was her best friend 's brother wanted her to bless that union and move on with him. I didn't think it was right for her to ask the twins mother to leave out of their lives and to not tell the twins what their mother said. Even though she left them she came back to have a relationship with them. Finally the narrator wasn't that good.