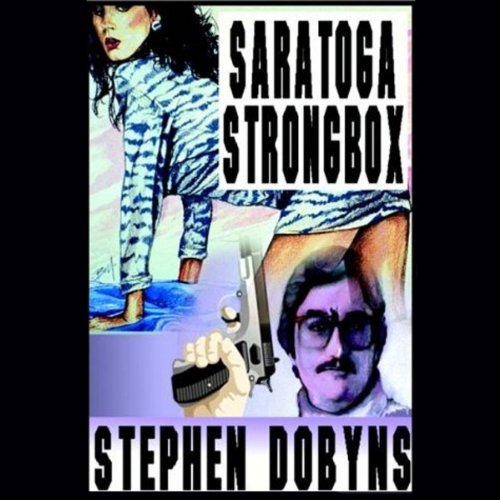 By: Stephen Dobyns
Narrated by: Michael Behrens
Try for $0.00

Another winner from the fast-paced racetrack mystery series that gives the listener a run for his money. The latest, and most entertaining installment yet, in this popular series features the return of Charlie Bradshaw's scheming alter ego Victor Plotz, "without whom the world would be a much stuffier place" (The New York Times Book Review).

Victor is as crooked as Charlie is straight, and he'll do anything to make a quick buck, including running up to Montreal to collect a suspicious suitcase for a miserly old man. But when he decides to farm the job out to a bumbling black belt accomplice, all hell breaks loose - and the fun begins. In a slapstick, sinister farce with an unforgettable cast that includes Vic's main squeeze, Rosemary, an Amazon stripper named Sheila, and two kneecapping thugs called Steel and Clover, Victor and Charlie embark on the trail of every deadly sin from dirty money to outright murder.

Once again Charlie Bradshaw and his hapless henchmen provide what the Boston Sunday Globe calls "jaunty and colorful, good tongue-in-cheek fun" - and what fans of the series have come to expect.

What listeners say about Saratoga Strongbox