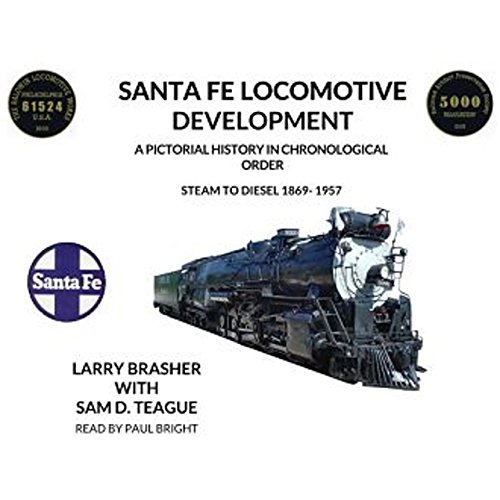 This book encompasses in brief the story of Madame Queen and embraces steam locomotive development on the Santa Fe from 1869 to the officially announced end of steam operations in 1953. The actual end date of steam operation was August 1957.

Presented for the first time in chronological order in one publication, here is a brief story of motive power development on the Atchison, Topeka, & Santa Fe Railway. Representative locomotive types and classes are shown as technology developed, thus the overlap between the fruition of steam perfection and early diesel development is demonstrated.

This work is a collaborative effort between Sam D. Teague, President of the Railroad Artifact Preservation Society, Inc. and Larry E. Brasher, author of Santa Fe Locomotive Development, which was published by Signature Press in 2006.

excellent was better then expected

Was very good. Detailed and no fluff. If you love yrains this is a must listen.