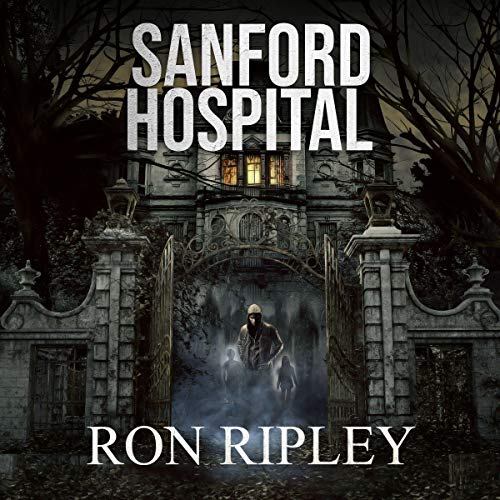 Sanford Hospital. A Victorianesque monstrosity with creeping ivy and the infamous Ward E, home of the soon-to-be-dead. This is where ghost hunter Shane Ryan ends up for his burn treatments. Courtesy of the Veterans Administration system, the ex-marine is cut off from his private doctors and thrust into the arms of a hospital with one special nurse from hell, Nurse Ruth Williamson, who is as dead as they come.

The nurse is a whole new breed of undead. She has a cadre of helpers who are loyal to the grave. Her twisted sense of mercy is death to the dying...and the living if they get in her way. And Shane Ryan is in her way.

Gathering his new friends and a few ghostly comrades, Shane takes up arms against the unholy regiment to fight the good fight. He can't allow the nurse to continue her killing spree. Her legacy of death must be stopped. Although she has a few more tricks up her sleeve, Shane's mission is clear. The nurse must die. And stay dead. Once and for all.

What listeners say about Sanford Hospital

Ron Ripley definitely won on the setting!! Sanford Hospital is " A Victorianesque monstrosity with creeping ivy" and it's where Shane is being sent for burn treatment following the events of the last book. It's home to more than the patients as Shane soon finds out. The infamous Ward E is home to a nurse who is only too happy to help you pass into the after life. It's up to Shane and a few of his new friends to try to get Nurse Williamson to stay dead, though this may be his toughest fight yet because it's not just the dead that are helping the Nurse, she has some fanatical living beings helping her too. Shane knows how to fight the dead, but it's the living who he needs to fear.

Even when he is down, poor Shane doesn't get a break!! He is trying to recover from the burns he received last time and is sent to this creepy hospital with no other choice than to get the treatment he needs. He is nursing his wounds and his broken heart yet trouble still finds him there! He not only has to deal with the multitude of ghosts, but also the humans who are helping her. He really has a tough time with this one and has a lot more injuries that he will need to recover from now ;)

As I said, the setting for this was awesome. An old hospital is creepy enough, but add in the fresh hell that is Nurse Ruth and you have an eerie, creepy place. Nurse Ruth was horrible. When she thinks your time is up, it's up. She kills indiscriminately, though she likes to think that she does it to ease their suffering. She has been doing it for decades and has a core group of both ghosts and humans who follow her. She is a force to be reckoned with!!

In all, this edition was just as good as the rest. Shane is on the edge and I really hope he rallies both his fighting spirit and health and comes out on top. I feel like poor Shane can't handle much more without breaking!!!! Bring on the next one.

Thom Bowers did an amazing job. He just seems to "get" these books and knows how to read it well. He is easy to listen to and I really need to check out more from him.

I was voluntarily provided this free copy by the author, narrator, or publisher. This in no way affected nor influenced my thoughts.

Haunted hospitals are one of my favorite types of horror so I ve read alot of them. But as always, Ron Ripley does it best.

Shane is still recovering from his injuries with Abel. The VA is making him seek treatment at a reopened hospital. They forgot to mention though the high number of deaths or murderous ghost. We see Shane as a normal person who has real fear for what he is up against. The living are dying fast by both the living and dead. We also get a glimpse of how Courtney is doing being dead. Shane shows that he does not know everything about ghost hunting and reaches out to others. He also has help from a monk who was in the military. This one will have you guessing at times and others will have you wanting to jump in to help. I enjoyed the new addition to Shane’s group and the dynamic it brought.

WOW! This Book is Great!Th

The Berekley Street series #4 but can be a stand alonr book.You have believable and interesting characters and the one main character is Shane Ryan (a marine). He is a courageous, kind, intelligent character. Then you have this hospital with the "Angel of Death", who by herself decided who are too ill to continue living. She takes death into her own hands, literally. Shane now finds himself in a war to save the Veterans. The storyline is well developed and maintains your interest. You will not want to stop reading or listening to the book. Thom Bowers does a great job with the narration. I recommend this book.

How can you describe a book that just keeps you on your toes and not able to put it diwn? I love this book I recommend if you are looking for a great book here it is.

I read the Berkley Street Series books 1 - 9 and Ron Ripley really knows how to take you down a path with a lot of unexpected twists. Thom Bowers adds even more life to the characters in the audio versions. Well done all around!.

Another Awesome Book in the Series!

I loved this book! It was really creepy. Seemed a bit shorter than other books in the series but I still really liked it. There is just something about the narrator's voice that irks me so much that I'm going to take a break from the series. I like the narrator's real voice. It's just something in the tone/inflection that he uses when voicing characters other than Shane. IDK. I'm probably just being picky.

Shane finds himself at a recently re-opened VA hospital for treatment of injuries received in Griswold. This book brings in a new character I think we will find very interesting!

As always, Thom Bowers brings the story to life as only he can!

I have read most of Ron Ripley's books and I must say this one is of his best work. I really enjoy his books. They keep you at the edge of your seat with anticipation. I highly recommend all of books.

Love you the creepy nurse ! Ron Ripley keeps the series interesting with his plot twists and his interesting characters

sent Chills down my spine!

another great book, I especially love the bonus scenes at the end.... On to the next one