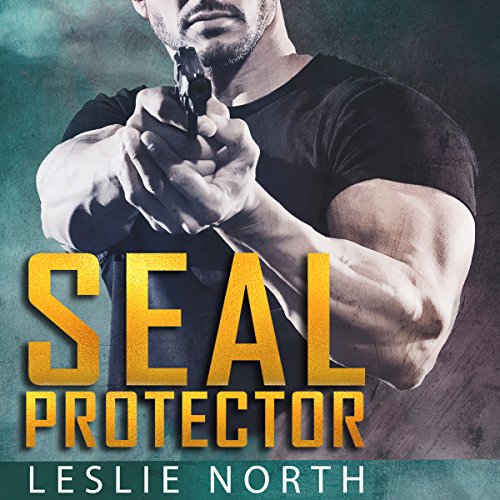 By: Leslie North
Narrated by: Sean Patrick
Try for $0.00

Ex-Navy SEAL Vann Highrider has given everything to Brothers-in-Arms, the boot camp he owns with his teammates. He’s facing his toughest mission yet - someone is framing the SEALs for murder. It’s up to Vann to clear their name to keep their business afloat...and his Brothers out of jail. The last thing he needs is more bad press from a stupid accident. So when he finds a petite brunette failing miserably at his survival course, the Cherokee tracker wants to send her packing. Yet, there’s something about her he can’t say no to.... But if she wants a second chance, she’ll have to follow his every move.

Restaurant heiress Mercy Conde may be business savvy, but she’s always lacked physical prowess. If she wants to take her family’s empire overseas, though, she has to prove she can take care of herself. Brothers-in-Arms’ survival training seems like the perfect fit, but it doesn’t take long for this deep thinker to realize she’s in over her head. When tall, dark, handsome Vann offers to take her under his wing, she agrees to play things his way...especially when his way has her under more than just his wing.

Vann is used to being a lone wolf, but he’s eager to boost Mercy’s confidence both on the boot camp course and in the bedroom. But when their training becomes a real life or death situation, they’ll have to put their skills to the test if they want to survive.

What listeners say about SEAL Protector

Vann Highrider is the lone wolf in the Brothers in Arms Partnership and since the deaths of some ex-Seals have been proven to be murder and his partner Mark was kidnapped in book one of this series, Seal Defender, he has become more so. But in this book, he meets Mercy Conde who is there to take one of the self-defense courses. Van and Mercy make a connection but neither of them is willing to accept that it could be more than sexual at first.

But when they are both attacked and nearly die their true feelings are put to the test. These two characters are very well drawn and perfect for each other. Vann holds out the longest before admitting how deep his feelings are but by then it just may be too late. Can he keep Mercy safe, will their love be enough?

The book leaves us still wanting to know who the murder is? Roll on book three is what I say. Although that question is not answered this book can definitely be listened to as a stand-alone.

I was given the book as a gift and am voluntarily writing my review.

Not A Match I would Have Expected

Somehow it’s inconceivable that a woman afraid of a 4ft height would sign up for survival training. BUT, it did put two very opposite people together. I think the author did a pretty job of making the conversations somewhat real and the sex, explosive, considering Vann’s complete annoyance at Mercy’s ineptitude. I honestly thought this could be the first hot romance with no hook-up.LOL. But it’s hotness was there in spades with an HEA.

Sean Patrick is an excellent narrator but he did speak a bit fast and I think of sexy Seals having a more baritone voice.

Marcy and Vann are so hot together. What started off to me as a good story turned out to be outstandingly hot love story

Fantastic story with lots of action and romance. Loved the characters, Mercy and Vann were so much fun! Great narrator, I felt that he really captured the characters and the emotion of the story. Will definitely be listening to the rest of this series. I received a free review copy of this audiobook at my request and I have voluntarily left this review.

Every woman deserves a Seal

I love this book!
Marcy Conde enrolls in a survival training camp to prove to her parents she is capable of taking over the family's overseas business. She meets ex navy seal Vann, one of the co owners of the camp.
Vann takes Marcy under his wing hoping to make her realize she can complete the training.
Suddenly survival training becomes real life survival. Can Marcy survive on her own? If she does will she be the one to bring Vann to his knees or the one to hold his heart?

Sean Patrick does a wonderful job narrating. The voices he uses are consistent throughout the story. I really enjoyed listening to him.