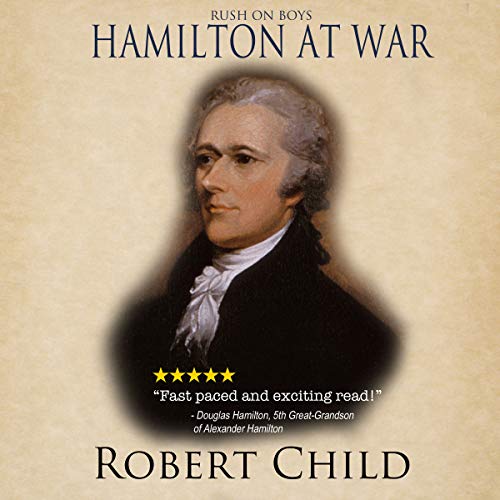 As the story opens, young Alexander Hamilton marches with the Continentals at Fort Lee, New Jersey. He is frustrated by being relegated to the end of the line and missing out on the action. He desperately wants to make a name for himself. His fortunes soon change at the Raritan River when the vanguard of British infantry catches up to Washington's army.

Hamilton and his cannons are the only defense line available to prevent the army from being destroyed. Successfully protecting the Continental army and allowing their escape with his rear-guard action, Hamilton catches the attention of George Washington.

The future President asks the 20-year-old Hamilton to join his staff. Sent on one daring mission after another Hamilton's stature grows, creating great political mistrust among his rivals. When ambition overtakes Hamilton, he threatens to overthrow Congress, which he sees as corrupt. Challenging a Congressman to a duel, who views Hamilton as a treasonous immigrant, his world nearly self-destructs.

With the end of the American Revolution looming and his visions of his own glory fading, Hamilton becomes determined to leave Washington's staff and return to the battlefield. Washington, the only man who can help him, does all in his power to deny him. One daring assignment remains, however, that will determine the outcome of the final battle and the entire war. It is at a place called Yorktown.
©2013 Robert Child (P)2013 Robert Child