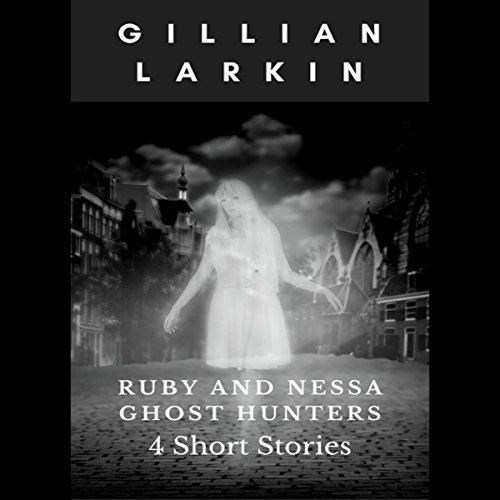 By: Gillian Larkin
Narrated by: Tessa Petersen
Try for $0.00

A Ghost In the Store

Ruby Laurel is a ghost hunter. She locates ghosts who are haunting places - or people.

In this first story, Ruby is called upon to investigate a haunting in a supermarket. She soon discovers the ghost of a young woman called Mary Jackson. How is Mary connected to the supermarket? And why is she haunting it?

Ruby's investigation is made more difficult by the arrival of her troublesome younger sister, Nessa. Will Nessa help, or hinder, the investigation?

A Ghost in the Pub

In this second story, Ruby and Nessa are asked to check out a nasty smell in a pub. They soon discover the ghost of an evil man who is determined to scare them away. According to local sources, the man is a local character called Shifty Sid Simmons who was always on the wrong side of the law.

Shifty Sid hasn't been seen for decades. Why is he suddenly haunting The Red Lion pub?

A Ghost in the Garden

Ruby and Nessa are called in to investigate a haunting in an apartment building. They soon discover the building used to be a school. Something tragic happened years ago to one of the pupils, and the child's ghost now haunts the apartment.

The Laurel sisters are determined to help the ghost; but as they do so, they are in for a shock.

A Ghost in the Church

Reverend Goodwin calls the sisters in to deal with a ghost in his church. The ghost is affecting a particular group of men. The disturbances began three weeks ago when a local man, Leonard Bradley, was laid to rest.

I love the characters int his story as well as the way the story builds on each story through the characters lives. Wonderful ending...but we want more.

Everything about this box set was wonderful. Especially the narrator. I love the fact that the author didn't take up a whole page to describe the characters and scenery.