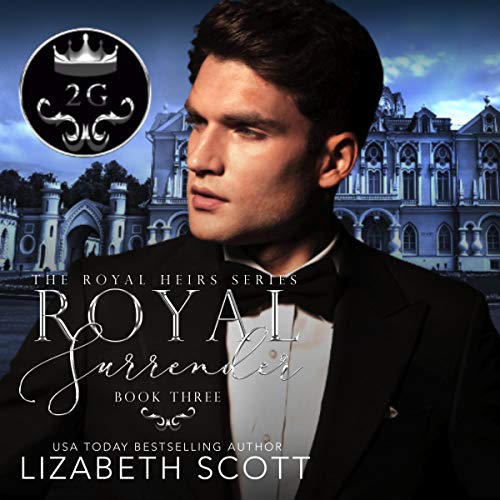 By: Lizabeth Scott
Narrated by: Allison Cooke
Try for $0.00

Crown Prince Kaden SuMartra knew trouble when he saw it walk through his office door. Arinna may look like an angel, but she tempted him like a siren luring him in to crash and burn. There was no doubt she’d play the starring role in his fantasies, but no matter how interesting and unique he found her, he wasn’t going act on them.

Kaden knew from an early age, his purpose in life. Every decision he made was for the good of the country, from his education, to the woman he would marry. With his path in life laid clearly before him, how did Arinna muddy it up beyond recognition?

Arinna was honored to be selected to work in the palace. Though she never imagined she’d be assigned to work with the crown prince. It only took a day for her excitement to fade when she discovered why...in her opinion, nobody else wanted the position.

Prince Kaden is arrogant and bossy yet perplexingly handsome. His broody blue eyes were mesmerizing and when they glare at her she wants to punch him in the gut or rip his shirt open and lick him. Neither was an option. Her dream job quickly became more than she could handle and so was her feelings for the prince.

Kaden must decide if responsibility rules his heart, or does Arinna.

The royal SuMartra family begins with:

Note: The Royal Vow Series can now be purchased in two bundles:

Now it's time for the second generation:

What listeners say about Royal Surrender