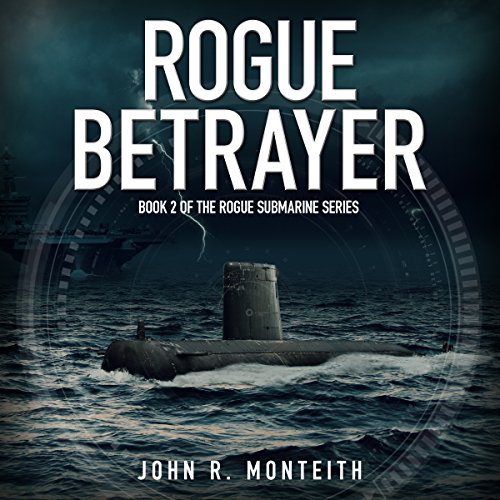 By: John R Monteith
Narrated by: Paul Christy
Try for $0.00

A Chinese blockade of Taiwan. A betrayed CIA operative who's beginning to doubt her own loyalties. A rogue Pakistani submarine commander bent on nuclear destruction. The stage is set for genocide and global catastrophe.

Still a wanted man after the theft of a US ballistic missile submarine, renegade ex-naval office Jake Slate finds himself back in the thick of the action. Partnered with international arms dealer Pierre Renard, Slate and a crew of mercenary submarine sailors must catch a madman before he can trigger a nuclear war.

This novel is part of the Rogue Submarine fiction series, launched in 2005 by John Monteith, a former military officer and naval warfare instructor. Beginning with Rogue Avenger, the books are titled in alphabetical order for ease of reference. Although the stories are best listened to in sequence, each installation is written for enjoyment as a standalone adventure.

What listeners say about Rogue Betrayer

the narration was awesome and the writing good

Monteith is ALWAYS a good if not a GREAT !

If you like books about submarines, (and I do ) you simply must read Monteith. Every book in the "Rogue " series is hard to put down. The characters are very well defined. The plots are quite interesting, and close to being timeless. If the stories are examined they will prove to be believable.