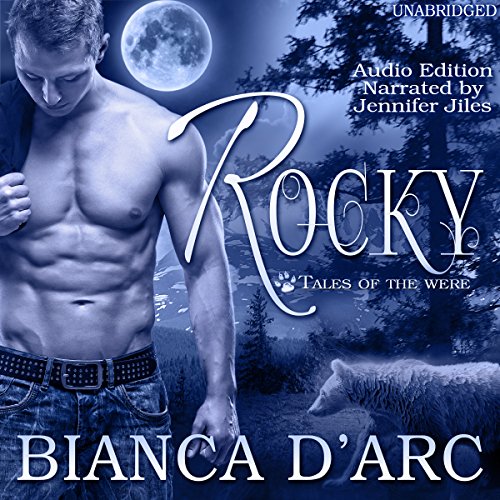 By: Bianca D'Arc
Narrated by: Jennifer Jiles
Try for $0.00

On the run from her husband's killers, there is only one man who can help her now...her Rock.

Maggie is on the run from those who killed her husband nine months ago. She knows the only one who can help her is Rocco, a grizzly shifter she knew in her youth. She arrives on his doorstep in labor with twins. Magical, shapeshifting, bear cub twins destined to lead the next generation of werecreatures in North America.

Rocky is devastated by the news of his Clan brother's death, but he cannot deny the attraction that has never waned for the small human woman who stole his heart a long time ago. Rocky absented himself from her life when she chose to marry his childhood friend, but the years haven't changed the way he feels for her. And now there are two young lives to protect.

Rocky will do everything in his power to end the threat to the small family and claim them for himself. He knows he is the perfect Alpha to teach the cubs as they grow into their power...if their mother will let him love her as he has always longed to do.

What listeners say about Rocky

loved all of the series great read and listen.
Would Love series in audio.
Thanks.

all of bianca's story's are great. even with the tragedy involved she put the emotions of it in words the touch you heart.

Love this Author and she has so many wonderful series. I have everything she has ever written and will buy any audio released.

Loved all the books

Should find a man to do the talking for the man. But all and all I love the book

Love these books and have enjoyed listening to it too. Hope to be able to access more of the tales of were on talking book soon