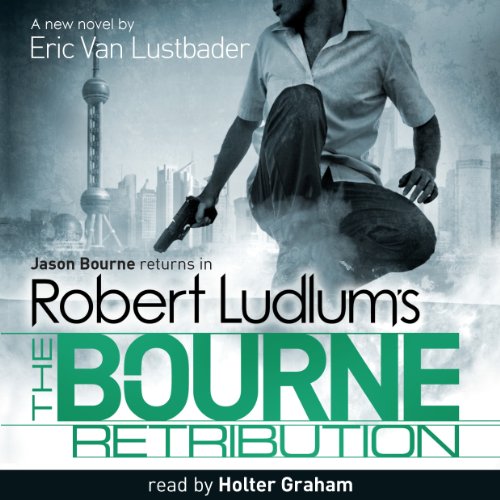 By: Eric Van Lustbader
Narrated by: Holter Graham
Try for $0.00

Bourne's friend Eli Yadin, head of Mossad, learns that Ouyang Jidan, a senior member of China's Politburo, and a major Mexican drug lord may have been trafficking in something far more deadly than drugs.

Yadin convinces Bourne to investigate. Bourne agrees, but only because he has a personal agenda: Ouyang Jidan is the man who ordered Rebeka - one of the only people Bourne has ever truly cared about - murdered.

Bourne is determined to avenge her death, but in the process he becomes enmeshed in a monstrous world-wide scheme involving the Chinese, Mexicans, and Russians.

Bourne's increasingly desperate search for Ouyang takes him from Tel Aviv, to Shanghai, Mexico City, and, ultimately, a village on China's coast where a clever trap has been laid for him.

Bourne finds himself pursued on all sides and unsure whom he can trust. As he moves closer to Ouyang, closer to avenging the woman he loved, he also moves ever closer to his own death...

What listeners say about Robert Ludlum's the Bourne Retribution

I couldn't recommend this to anyone. By far the worst of the series. Too long and quite boring in parts. Chinese names got a bit confusing at times. The Israelis and Chinese had distinct Mexican accents ! As for flamethrowers being fired from helicopters....