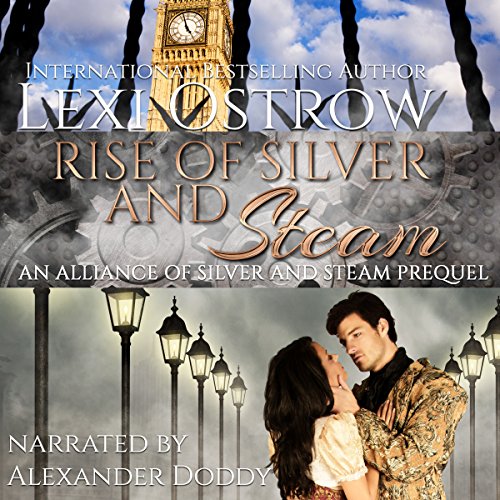 Rise of Silver and Steam

By: Lexi Ostrow
Narrated by: Alexander Doddy
Try for $0.00

Thomas Agardawes has a bride that resists him, and a job that he doesn't like. When a Royal approaches him on only his third day as a master at the Clockworker's Guild, his life is turned upside down. Demons lurk in the underground and he has been assigned the task of leading the force against evil.

Seraphina has torn her wings from her body to save a lover's soul, but he spurns her. Revenge blossoms, and she plots to make Hell her own and force humans to pay for what they took from her. Nothing will stop her, and her corruption runs soul deep.

Layel, a Pure Angel, has fallen for a human, and it's almost cost him his wings. That is not the hardest task to face. He must convince a man to run a secret group to hunt demons as they've come out of Hell to hunt the humans. If he succeeds, he will then need to train them all. Three souls that couldn't be more different collide in unexpected ways as the Alliance of Silver and Steam is born, and the secrets of demons unleashed on the world. See what caused the silver to melt and the steam to rise.

What listeners say about Rise of Silver and Steam