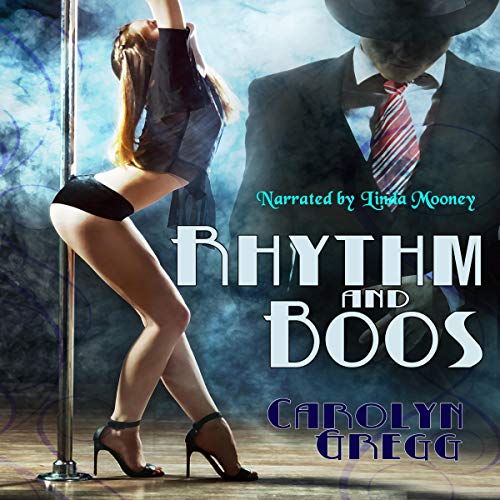 Sydney Shookerman, a.k.a. "Sinsuelle", is an exotic dancer. At least, she tries to be. Unfortunately, Sydney sucks at the job. She has a body to die for and the face of an angel, but she lacks the timing and moves that would put her in the pro league.

Fortunately, she manages to keep her job at Napoleon’s nightclub. And despite the rumors that Napoleon’s used to be a speakeasy back in the 1920s and is reputed to be haunted, she never knew how haunted it was until she accidentally awakes the spirit of one poor victim from that era.

The first thing Frankie Nuwurth wants to do is get even with the wiseguys who put him away. Although he has no idea how he was resurrected, the cute half-naked dame working in the joint is an awful temptation. And one thing is certain - he hasn’t been laid in almost a hundred years, which means he has a lot of catching up to do!

What listeners say about Rhythm and Boos

Rhythm and Boos is a sexy PNR romance where the hero is a long dead ghost cop and the heroine is a wannabe exotic dancer who currently works as a waitress in a strip joint. Her aspirations are to be on the pole where the real money is made but when the two put their heads together to make her dreams come true, more than just pole gyrating happens. The audiobook clocks in at a little over an hour long. It’s cute, sexy and well written. Oh and it's actually read by the author; which is amazing! My only issue with the story and trust me, this is more about me but it did hold me back from giving it a 5 star; is that I wanted just a little bit more when it comes to the cop. Without going into too much detail and spoiling it for you, I just felt I was left with more questions about him than answers but maybe there will be a part 2? Here’s hoping xx Seriously though, you won’t be sorry you picked up this ghostly tale of night club romance, especially as the spooky season is upon us!