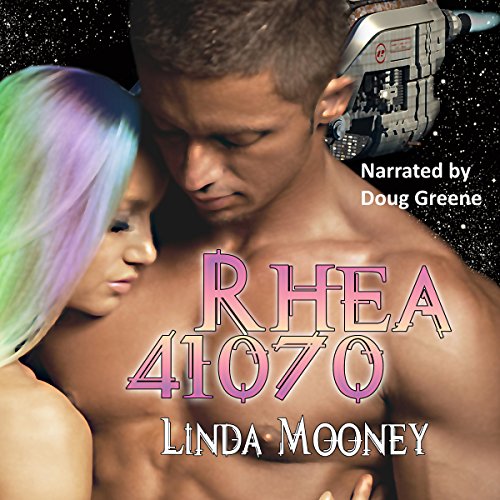 By: Linda Mooney
Narrated by: Doug Greene
Length: 6 hrs and 40 mins
Categories: Romance, Science Fiction
3 out of 5 stars 3.0 (2 ratings)
This title is included in Audible Escape

Bock Gammon is a freedom runner. A man with a space ship for hire. He has heard of Replacements and knows they exist, but he has never personally come across one. In fact, he finds the whole idea repugnant - growing a living being specifically for the purpose of harvesting his body parts. So do the governments in many of the galaxies who have declared Replacements illegal. Which is why he is stunned to discover his latest assignment is to bring a Replacement to one of the wealthiest men in the Chatta Dul system. If he hadn't so desperately needed the money, he wouldn't have accepted the job. It doesn't take long for Bock to realize that Rhea 41070 isn't just one-of-a-kind, she's also unlike any woman he has ever met. And the closer they get to the point of delivery, the more he knows he can't walk away and leave her behind to be dissected. Somehow, he has to find a way to save her, despite the odds and hundreds of well-armed men awaiting their return.