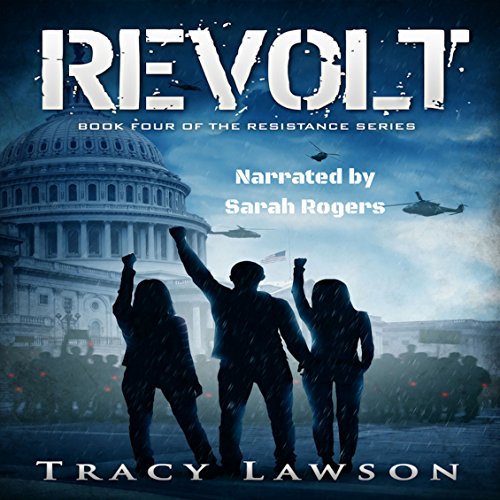 By: Tracy Lawson
Narrated by: Sarah Rogers
Free with a 30-day trial

To deny freedom is to deny the human spirit.

Fugitive Resistance fighter Tommy Bailey has come out of hiding to help rescue Careen Catecher from the clutches of the Office of Civilian Safety and Defense, where she’s being held and interrogated for information about the rebel group. The OCSD is poised to launch the Cerberean Link, a security device that will put all minors under constant surveillance under the guise of protecting them.

Convinced that activating the Link will result in irreversible and total control of the population, the Resistance puts its own plan in motion to sabotage the Link and oust the OCSD’s wolfish director. Just when everything seems leveraged in their favor, treachery, lies, and long-held secrets threaten to derail it all.

What listeners say about Revolt