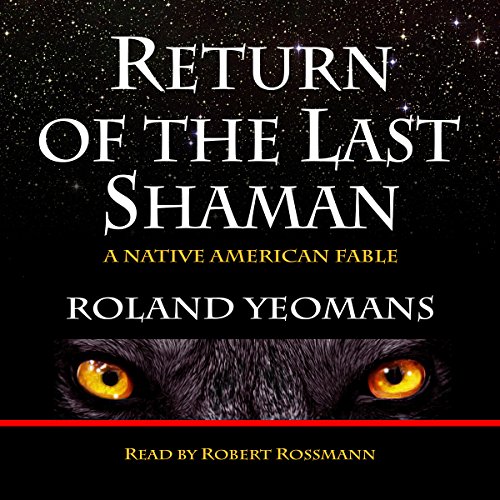 Return of the Last Shaman

By: Roland Yeomans
Narrated by: Robert Rossmann
Try for $0.00

The 2012 Apocalypse happened ... just not in the way anyone expected. How have we not noticed?

Simple: civilized man has lost touch with himself. How then can he expect to be in touch with the world he smothers in a crypt of concrete and steel?

Only Wolf Howl, a Native American whose spiritual center is still intact, notices the change. But that same spirituality and the power derived from it has made the last Lakota shaman a hunted man.

Now, he finds himself teamed with the Turquoise Woman: the Spirit of the Earth, a Mossad agent named Shadow, a young killer: Abby, and the amazingly still alive Nikola Tesla.

Together with the ancient star exile, Bast, they must find some way to stop a menace that cannot be stopped by any known physical force.

What listeners say about Return of the Last Shaman