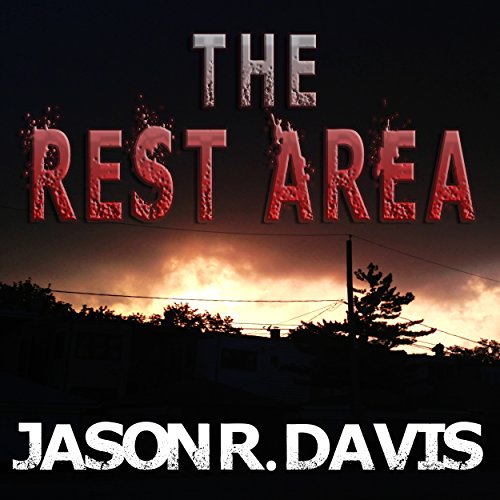 By: Jason Davis
Narrated by: Dustin Davis
Try for $0.00

When Randall was tired, driving down a long stretch of highway, he thought it was a blessing to see the Rest Area on the side of the road. However, what he found there was more of a curse, one that now Randall isn't sure he can get away from.
©2016 FoF Publishing (P)2016 Jason R. Davis

What listeners say about Rest Area

I am always impressed by the amount of short stories that are being turned into audiobooks. I know the creation process is not very cheap and I now that, even though it is a hugely growing market, many people do not want to spent money on and audiobook that is so short. So my hat is off to Jason Davis for making a handful of short original horror stories available for my listening pleasure.

The summary does a pretty good job summarizing but I will give it shot too. Randell and over the road truck driver was needing to poop very badly. So when he saw the sign for the rest area coming up he didn't hesitate in stopping for drop his load. Once in the stall he found that his insides were ready to evacuate much faster than here first thought. While sitting there is started to read the writing on the wall. He noticed that somebody had scribed a list of names under a heading "Has dies here". Then he saw that the last name on the list was dated with today's date. While thinking about how he would, if he had to, kill somebody he starts to get a eerie feeling. Somebody was watching him. That is as far as I am going to go because I probably already gave up too much.

As far as the performance by Dustin Davis, I wonder if there is a relation to the author. It wasn't the worst nor the best, defiantly still worth the listen. This was mostly due to the recording quality. There was just something off about it. While he has a handful of titles under his belt. His pacing was also just a bit too fast, the story could have benefited form a slower speed. I strongly believe that with an equipment upgrade he will find audiobook narrating quite successful.

This was a short and sweet little horror story that was well written, but just too short. It gave me chills and has an ending that I was not expecting. Go check out work by Jason Davis, he just might scare the pants off of you.