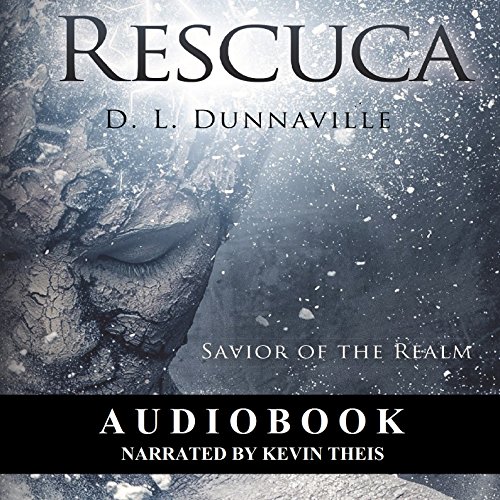 Rescuca: Savior of the Realm

Rescuca: Savior of the Realm

Rescuca, leader of a rebel uprising among a tribe of otherworldly beings called the Nomed, is trapped in an interstellar prison. His loyal servant, a dark and rumbling beast known as Thaed, lurks in the next cell. Leachim, Rescuca's trusted friend turned betrayer, stands on the other side of the prison bars, taunting him with the shame of his defeat and the undiminished power of Emperor Evol Epaga.

Rescuca is determined to escape. He's sacrificed thousands of his followers and is certain of the righteousness of his cause. If the Realm is to be saved, and the One Hundred Worlds made free, he must defeat Evol Epaga.

So begins a fantastical tale that's strangely familiar yet wholly original. Follow the adventures, triumphs, and traumas of Rescuca's revolution as a new picture of life and the meaning of our existence, slowly emerges. Rescuca's bravery will be tested beyond even his own expectations, but for what ultimate purpose? Does he have control of his own destiny? Who is the patriot, and who is the traitor?

D. L. Dunnaville's wildly creative novel will fully immerse you in Rescuca's journey, while forcing you to question your own life's direction.

Would you listen to Rescuca: Savior of the Realm again? Why?

No, because I don't like listening to the same book I've listened to or read over again, I can't do it.

I received this book from the author in exchange for a fair review.

I thought this book was absorbing this my first time listening to anything by this author. It had my attention from beginning to end. Even though I don't read books like this, I thought it was fair read.

Patriot or Traitor, You Decide

Rescuca: Savior of the Realm written by D. L. Dunnaville has the feel of a graphic novel but with only one narrator, Kevin Theis.

The introduction has the flavor and cadence of an epic novel such as Dune but that is where the similarity ends. After that it feels more like a sermon.

Characters and circumstances are laid out and a nicely developed philosophical belief is presented in the introduction. The story then commences at an interstellar prison with the leader of the rebel uprising, Rescuca confronting his betrayer and former best friend. This leads to a summary of the events from Rescuca to his right hand man creature, Thaed. The scene continues until the twist at the end that leaves you to draw your own conclusion.

I think I would have given the book more stars if it was a full length novel that lets us relive the events up until the capture of Rescuca and his followers, instead of Rescuca giving a lecture.

Narrator Kevin Theis gives a great performance of vocal and inflection but his rhythm was a little fast for my taste.

This audiobook was provided in exchange for an unbiased review.

Very good and brief listen to the audiobook. I enjoy listening to the story and good narration. I recommend to scifi fan

What made the experience of listening to Rescuca: Savior of the Realm the most enjoyable?

I first read this book in paperback and then listening to it made it that much better! It was as if I was learning of the story for the first time, even though I knew what was going to happen. So I really enjoyed being able to experience the story all over again and glean something new in the process. There's a lot of content in this short book.

Roivas was my favorite character because of his sincere heart. I can't say much more than that without spoiling the story.

I appreciated the narrator's delivery. He seemed to understand the plot and put the right emphasis in the right places. The book's plot is very distinct and has a twist.

Yes. Plus it was on the shorter side which made that easier to do.