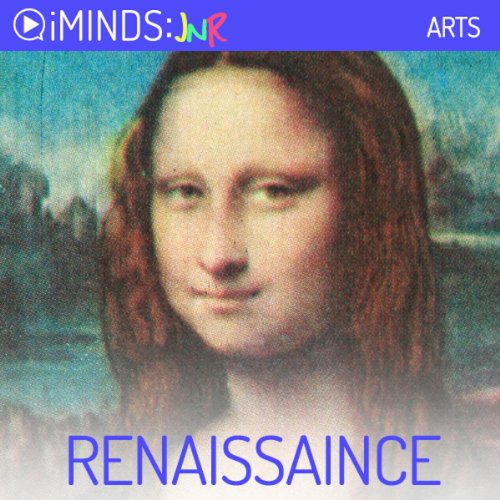 By: iMinds
Narrated by: Leah Vandenburg

Learn about the Renaissance period with iMindsJNR audio learning series for younger minds.

The word “Renaissance” means “rebirth” in French. It was first used by French historian Jules Michelet in 1858, to refer to a ‘movement’ which took place between about the 13th and 16th centuries. This movement describes the transition from medieval to modern Europe, so there are no exact dates for when it began or ended. The Renaissance began in Italy some time at the end of the 13th century and spread to other countries in Western Europe, such as France, Spain and England. The movement is called the “rebirth” because, during that period, Western Europe rediscovered literary, philosophical and artistic work from ancient Greece and Rome. From this inspiration, Renaissance scholars developed ideas which have shaped the modern world. Before the Renaissance, many classical works had not been thought about for a thousand years. During the Renaissance, scholars and artists turned to these works to inspire them.