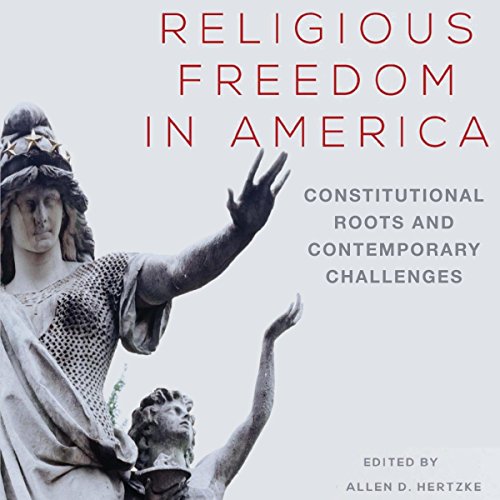 All Americans, liberal or conservative, religious or not, can agree that religious freedom, anchored in conscience rights, is foundational to the US democratic experiment. But what freedom of conscience means, what its scope and limits are according to the Constitution - these are matters for heated debate. At a moment when such questions loom ever larger in the nation's contentious politics and fraught policy-making process, this timely book offers invaluable historical, empirical, philosophical, and analytical insight into the American constitutional heritage of religious liberty.

As the contributors to this interdisciplinary volume attest, understanding religious freedom demands taking multiple perspectives. Their work brings out the conflicts inherent in interpreting the First Amendment - tensions between free exercise and disestablishment, between the legislative and judicial branches of government, and along the complex and ever-shifting boundaries of religion, state, and society.

"This volume offers an outstanding collection of essays on religious freedom and related church-state issues. Each carefully crafted essay stakes out a position - while giving due consideration to multiple and competing views. Scholars, students, judges, journalists, and anyone with a serious interest in the topic should put this volume at the top of their reading list." (John J. DiIulio, Jr., University of Pennsylvania, and first director, White House Office of Faith-Based and Community Initiatives)
"With religious freedom under assault from various directions, this fine collection of essays could not be timelier." (Mary Ann Glendon, Learned Hand professor of law, Harvard University)