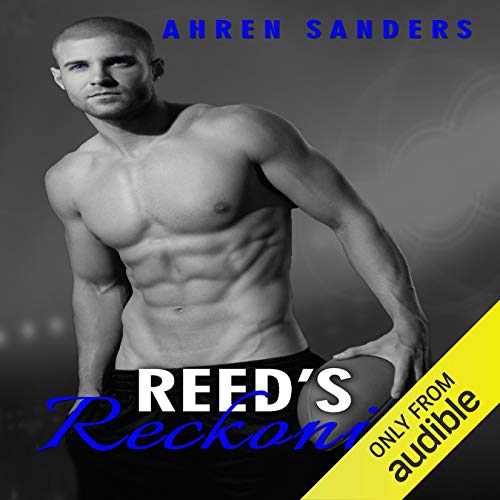 By: Ahren Sanders
Narrated by: Stephanie Rose
Try for $0.00

Arianna "Ari" Williams thought she experienced the depths of true love until the man of her dreams dismissed her with no explanation. Heartbroken and humiliated, she found herself changing the course of her life and picking up the pieces of her shattered heart. Now, four years later, she has a successful career, amazing friends, and a young son with crystal-blue eyes that remind her every day of the love she imagined. Emotionally she has moved on, but the wounds never healed.

Reed Matthews has it all. Playing professional football was always his dream. Being one of the most successful wide receivers in the league comes with money, fame, and all the women he wants. Even with all his wishes coming true, he never stops thinking of the one woman who owned his soul four years ago. A chance encounter brings Reed to the realization that not only did Ari Williams hide a life-changing secret from him, but also things weren't as they seemed all those years ago. He's determined to get her back and build their life together. When the truth behind their deception is revealed, friendships are tested, families are torn apart, and the one person behind it all is relentless. Can Reed protect those he loves and build the future of which he dreamed? *Due to graphic language and explicit sexual situations, this book is recommended for readers 18+.

What listeners say about Reed's Reckoning

First time with the author and narrator...Loved It

I haven't ever read this author or listened to this narrator and I am glad I did. I loved the story, it was extremely well written, I laughed, I cried and it had some really nice twists I didn't see coming.

The sex scenes were hot without being vulgar and there wasn't SO many there wasn't a plot. There is a fantastic balance between sex and story, the secondary characters are also very well written with their own depth, enough there could be spin offs but it's ok if there isn't.

I will definitely put this Author AND Narrator on my must listen to list. The narrator did an incredible job with all the different characters voices (and there are a lot), I always knew WHO was speaking just by the voice, a lot of narrators you can tell it's a man doing a woman's voice or visa versa and the narrator did such s good job with the male voices I totally forgot this was a single narration.

I will definitely listen to this book again and again.

This book was impossible to get into. The main character was horrible. I could never relate to him. He treated everyone around him with disrespect. I kept wishing the heroine would just find someone else. She deserved better.

A story with love, angst and lovable characters. I love how the story moved along. an excellent buy

Sweet with potential for great

This story is sweet even though the couple has hardship either the author or narrator rush/gloss over the pain, which makes the book less than it's potential.

I wanted to read a little angst--something to make my heart cry a little and choke me up. This was supposed to be young love misspent. Yet, all it turned out to be was a bunch of high school drama.

I love strong heroines. Ari definitely has potential. Yet she faints and cries when she sees the girls who hurts her in college. I am not sure this is anything more than a high school romance. None of this seems plausible. Only a foolish man agrees to meet the girls who he is sure is mentally ill. It seems like no one has common sense.

It was obvious to me early on that one of the culprits was the sister. I just don't know what to make of this book. The author has potential. She just couldn't pull off the angst in a grown up fashion. She could have done better with the two lovers tackling misconceptions privately.

The sex scenes were hot and done with class. They definitely did not interfere or overshadow the story. The one thing that I love about the male hero is that he chose his love for the heroine over everything else. He NEVER doubted his woman. Well done-- Ms. Sanders.

In books like this, I am used to two narrators--one male and one female. Stephanie Rose does a credible narration as a male and female. She is also believable as a black person as well. I may give Ahren Sanders another look, but I am recommending that other readers pass this one by.

loved it! i have listened to this book. over and over and it never boring.

Really enjoyed this story between Reed and Ari. Funny how caddy girls can be when they want something that isn't theirs to begin with. Glad Ari was such a strong women to know no matter how much it hurt sometimes it is best to walk away. What a great friend she had in Luke! Wish this was a duel narration would have given the story a little more excitement at times.

Stephanie Rose definitely displays a repertoire of voices and emotions throughout this excellent book! One experiences the joy, laughter, confusion, desperation and deep love; we’re a member of the family deeply experiencing all.

Characters you love like Reed and Ari and characters you really hate like Alex. Ahren Sanders is an automatic download from now on. Worth a credit? Yes!

loved the fact. it's told by male and female point of view down side is that a female.voice did both could not belive reeds point and found it hard to listen seemed very plain and boring a man's voice would have lifted this book and sent it spring. Would love to read again with a male.voice