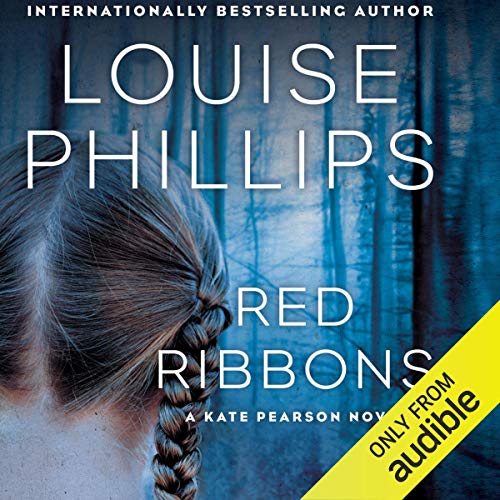 By: Louise Phillips
Narrated by: Caroline Morahan
Try for $0.00

A missing schoolgirl is found buried in the Dublin Mountains, hands clasped together in prayer, two red ribbons in her hair. Twenty-four hours later, a second schoolgirl is found in a shallow grave - her body identically arranged. The hunt for the killer is on.

The police call in criminal psychologist Kate Pearson to get inside the mind of the murderer before he strikes again. But the more Kate discovers about the killings, the more it all feels terrifyingly familiar.

As the pressure to find the killer intensifies, there's one vital connection to be made - Ellie Brady, a woman institutionalized 15 years earlier for the murder of her daughter Amy. She stopped talking when everybody stopped listening.

But what connects the death of Amy Brady to the murdered schoolgirls? As Kate Pearson begins to unravel the truth, danger is closer than she knows.

What listeners say about Red Ribbons

I enjoyed this book very much. It took you deeply inside the mind of a killer and the people that hunt them. I'll read more of this series.

I absolutely loved this book! If you've seen The Fall you will like this a lot. Obsessed and ready for the next book!

This takes a bit of time to get into. The seemingly unconnected characters start to develop and ur feeling what has it all got to do with each other, but it does all come together. Good performance. Worth a listen and I'd read more by this author.

I am so glad I did not give up on this book!

Where does Red Ribbons rank among all the audiobooks you’ve listened to so far?

REALLY good and I hope Audible gets books 2-4 in this series. I almost gave up listening because it just sounded really out there at first but I was completely sucked in by the third chapter and couldn't stop listening. Kate Pearson is a really interesting character.

It is an amalgam of various stories that are woven together nicely. It's well-paced with never a dull moment. Sometimes it's hard to make a book interesting when the reader knows who the bad guy is from the beginning. I did not expect to enjoy this as much as I did, quite frankly.

What does Caroline Morahan bring to the story that you wouldn’t experience if you just read the book?

She was really pleasant to listen but she had good material to work with.

Loved it! The characters were engaging, interesting, and genuine. The story line was well written and very believable. Irish author, Louise Philips, created a beautiful setting that clearly reflected the Irish countryside which was a refreshing change of scenery. Caroline Morahan did a superb job of narrating this book. With her natural Irish accent and the way she used different inflections made it easy for me to picture in my mind which character was speaking, as well as "feel" the emotions of each character as the story progressed. I enjoyed her Irish accent as it blended nicely with the background setting and the characters. I truly enjoyed this book and I hope she has written others, especially if they are available in audio book format and are paired up with narrator Caroline Morahan. Five Stars!

I like thrillers that invite you into the twisted minds of the villains. By the close of this thriller, the reader knew this character intimately....his terrible childhood, his deranged mother, the identity of his pious father. I had a little trouble with the psychologist's never ending parsing of the killer's character based on his small habits. There were repetitive pronouncements that seemed to be always impossibly correct.

The narrator was good. She kept the action going and adapted well to the various voices.

This book starts out slow but ends great!

Would you listen to Red Ribbons again? Why?

First time reading this author. She was confusing and a little slow at first but it didn't take long to find the rhythm of the book. Very good details and interesting.

A cliff hanger for sure!

This writer does a nice job of pulling you along with the plot just to see what will happen next. She hides some unknown, pertinent facts though, to drop along the way. Well worth the read I you're a mystery fanatic like me!

This book started a bit slow, but I'm glad I stuck with it!! Looking forward to listening to more from this author.