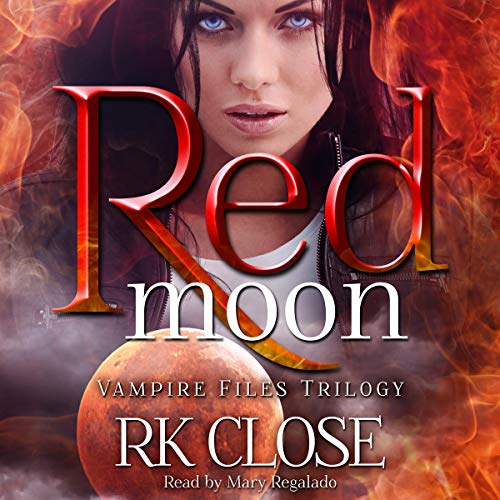 She knows what hides in the shadows...and now they won't leave her alone.

Private Investigator Samantha Chase has survived one immortal killer. But while Sam believes the danger has passed, a wave of deadly animal attacks throws the city of Phoenix into a panic. Are these unfortunate deaths the result of a wild animal, or something...premeditated?

During the chaos, a college student goes missing, and Sam is hired by the family to find her. She quickly discovers the powerful Taylor family hide dark secrets. Secrets they protect at all costs.

Things are heating up between Sam and her Adam, her vampire boyfriend. Brought together by fate or chance, they now walk a fine line between the human world and the preternatural. All the while, Samantha's strange gift grows stronger. As Sam tries to embrace her strange power in order to solve her case, her dreams begin to show her visions she doesn’t want to see...terrible visions about Adam.

When Adam goes missing, Sam fears the worst. As the world seems to be turning on her from all sides, Samantha struggles to solve a case that her life depends on and find Adam at the same time. But to do this, she'll need every resource she has and some help from unlikely sources.

What listeners say about Red Moon

Samantha's life has sure gotten a whole lot more complicated since she learned about the paranormal world around her. Sam's new case introduces her to werewolves, and she's surprised to find out that some of her friend's are wolves. But as the mystery and danger heats up on the case, a vengeful person from Adam's past comes back threatening the developing relationship between them. As Sam learns more about the paranormal world, she's got more questions than answers and some of those questions are about herself. It will take all her friends and new acquaintances and a bit of luck if she and Adam are able to survive this trial. The story will draw you in and leave you guessing as the pages are filled with mystery, suspense, romance, and action.
This narrator does an amazing job. Her voice for Sam just clicks with how I pictured her in my head. Full of animation and emotion, it only adds to the story to suck you into the story.

What a captivating and intriguing sequel. It picks up where the Red Night left off. Sam’s hired to find a couples’ daughter but there’s more to this couple than what the eye can see. Suddenly Sam finds that she’s in the middle of a situation that puts not only herself but those she loves in danger. The suspense and mystery in this book kept me on the edge of my seat. There were a few times where I thought I had something figured out only to be surprised by a sudden twist. I really like Sam, Adam and their friends. Their story is well written and I great enjoyed taking this journey with them.

I love the series, have read them all, but it is so nice to listen to the books! Samantha and Adam's love is growing. She never knew the supernatural world existed but is handling everything that is thrown her way. Can't forget her hot neighbor Gabe, he is back. Adam disappears, can Sam find him before it is too late? A must for a fan of this series!