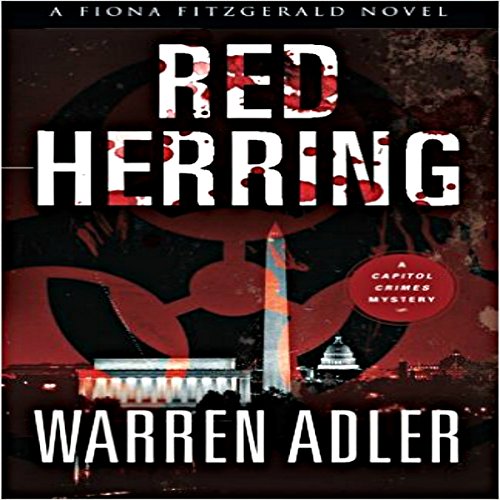 By: Warren Adler
Narrated by: Megan Tusing
Try for $0.00

Detective Fiona Fitzgerald's privileged upbringing in the nation's capital and her intimate knowledge of its inner workings come in handy when Fran Miller, a top lobbyist and legal expert, turns up dead on Independence Day. It looks like suicide, but when the clues lead back to Mark Chancellor, the husband of Fiona's best friend, things get complicated. Chancellor runs a complex, global conglomerate, and along with his Russian partner is involved in the pharmaceutical and defense industries. Chancellor is at the top of his game, well connected in Washington and known to believe that money is the planet's most powerful weapon. But uncovered secrets reveal that terrorist affiliates may have something more powerful: biological weapons.

While the high-stakes players behind the scenes are trying to avoid a potential worldwide catastrophe, the race to find an antidote is complicated by deception and corruption, and now maybe by death. Rumors swirl about the dead lobbyist: a mysterious lover, millions of dollars hidden in small-town Virginia, and what looks like a recent vaccination on her upper right arm. But did someone target Fran? After all, she knew more about biological and chemical weapons than almost anyone. Was she caught up in the convoluted web of international biological warfare? Coincidence, luck, and a little passion give Fiona a labyrinth of leads to follow. But sometimes the simple truth is harder to see.

What listeners say about Red Herring