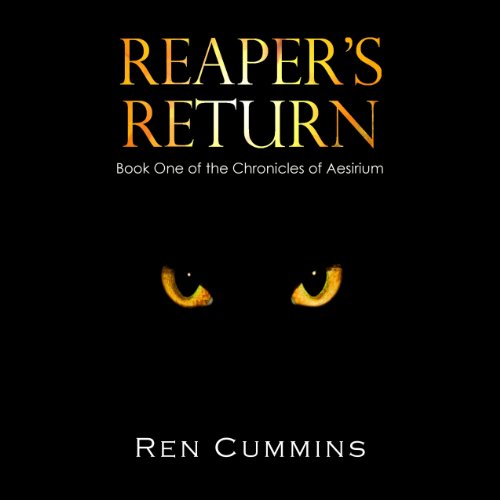 By: Ren Cummins
Narrated by: Nigel Patterson
Try for $0.00

What if Death wore a pretty black dress?

Everyone in Oldtown had heard talk of the Reapers. Even though nobody had seen one in years, everyone whispered the tales: flying from rooftop to rooftop, stealing the souls of the unwary, letting their undead beasts hunt through the streets for any member of the community too reckless or fearless to heed the nightly curfew ... mysterious and terrifying, most feared to even mention them by name, lest they appear and gather your spirit away.

For 11-year-old Romany, her greatest fears were less about the mythological Reapers and more about surviving a miserable life inside of Oldtown's solitary orphanage. Her stark white hair made her an obvious target for the bullies, and the cruel nickname of “Ratgirl” had followed her for years. But if Rom thought her troubles were behind her, being struck dead by a bolt of lightning would only open the door to an entire life of new ones.

First on the list? Finding out that she herself...is a Reaper.

Reaper's Return is book one of the Chronicles of Aesirium, a YA Steampunk fantasy adventure series.

What listeners say about Reaper's Return (Chronicles of Aesirium, Book 1)

They had me at "What if Death wore a pretty black dress." This story offers a new look at Death and its part in Life.