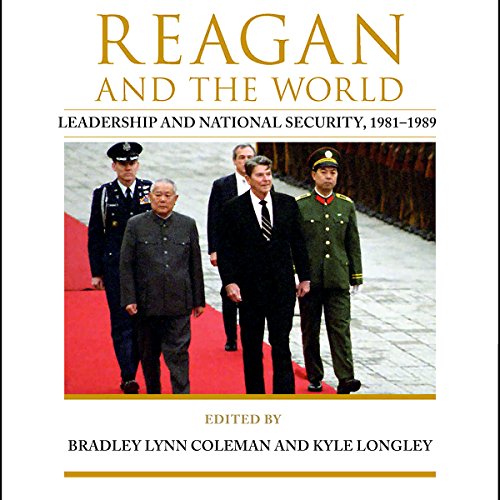 Reagan and the World

Throughout his presidency, Ronald Reagan sought "peace through strength" during an era of historic change. In the decades since, pundits and scholars have argued over the president's legacy: some consider Reagan a charismatic and consummate leader, who renewed American strength and defeated communism. To others he was an ambitious and dangerous warmonger, whose presidency was plagued with mismanagement, misconduct, and foreign policy failures. The recent declassification of Reagan administration records, and the availability of new Soviet documents, has created an opportunity for more nuanced, complex, and compelling analyses of this pivotal period in international affairs.

In Reagan and the World, leading scholars and national security professionals offer fresh interpretations of the fortieth president's influence on American foreign policy. This collection addresses Reagan's management of the US national security establishment, as well as the influence of Secretary of Defense, Caspar Weinberger and others, in the administration and Congress. The contributors present in-depth explorations of US-Soviet relations and American policy toward Asia, Latin America, Europe, and the Middle East.

The audiobook is published by The University Press of Kentucky.

"Filled with lessons for current and future leaders. Its authors help us understand how the past shapes the world today, including the intricate US relationship with Russia." (Admiral James G. Stavridis, U.S. Navy (ret.), former Supreme Allied Commander, NATO)

"Coleman and Longley have assembled a terrific line-up of contributors, and both are accomplished scholars whose reputations and skills enhance this valuable contribution to understanding a contested presidency." (Richard H. Immerman, author of Empire for Liberty)

What listeners say about Reagan and the World