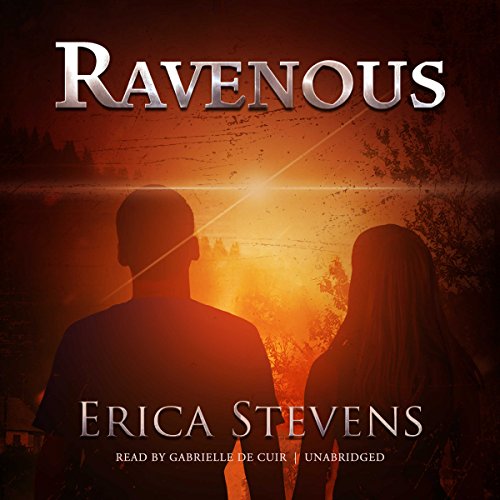 By: Erica Stevens
Narrated by: Gabrielle de Cuir
Try for $0.00

The world didn't end with a bang, it didn't go out in a ball of fire and fury, nor did it end in ice. But in some strange way, ice was the end - or maybe it was the beginning of something more.

When Bethany finds herself suddenly alone in a world that was alive only moments before, she flees into the streets of her town in search of her family. Panicked by the immobile people surrounding her, she is almost captured by the monsters hunting her until Cade steps in.

Dark and distant, most people at Bethany's school are wary of Cade yet oddly fascinated by him. Bethany and he had been close as children, but it has been years since she's had any real contact with him. As their situation becomes even more perilous, Bethany struggles to come to terms with her past, her terrifying new reality, and her growing love for a boy that is powerful, mysterious, and perhaps even more frightening than the aliens hunting them - aliens that want more than their lives: they want their blood.

What listeners say about Ravenous

The world ends and THIS is who lived?!?

The concept was great and I tried to give the book a fair chance but I hated every single character.

Everyone is dumb other than Kade who happens to be teenaged Rambo from Cape Cod? Bethany had THE lowest self-esteem and confidence ever. Something inexplicable happens to her world and shes worried about her family UNTIL Kade's smoldering gaze locks on hers? Her sister cries through 88% of the book and her older brother is useless.

Teenagers aren't this stupid and these characters does them an injustice. Whew, glad to get this off my chest.

The main character is the typical supporting character that gets people killed. She is extremely annoying and has no sense of self preservation. Her sister is just as terrible. Imagine being hunted by aliens and screaming the whole time or just standing in plain sight. I would honestly leave both behind. The narrator does weird accents for a few of the characters which pulls you away from the story.

Narrator is good. Story could’ve been good but.....

Alien invasion coupled with resistance requires a suspension of belief which is expected and I can cope with that.

The characters are where I have to draw the line. OMG! How a author can destroy a potentially good story by creating most of the characters impossibly stupid to the the degree of ruining the story is beyond me. Needless to say I will not be following this author. Just disgusted.

Good story line with the "end of the world aliens" but the author has the two main characters more interested in romance than her getting on with the story. The romantic part just goes on an on in her mind while me the reader is saying come on already get on with the main idea of the story the world is going to hell but all this romantic fantasy is going on in her head. If I wanted so much romance I would be listening to a romance novel.

It’s an ok teen book. It felt a bit dragged out and I couldn’t stand how whiny the characters where. Would of been better if the main girl character was a strong one and not a cry baby.

only first book on audible =(

Fun take on War of the Worlds. I was engrossed and ready to jump in two book two but there is no audible book two.

Main character was a bit to argumentative for me but not so much that I minded.

45 minutes into the free audio book I found myself thinking I was glad it was free. Waaaaay too much focus on Cade and how much the main character is crushing on him. Not sure if I will be able to finish it if every 2 thoughts is about Cade's eyes or arms🙄.

When the focus was on the actual apocalyptic event, the potential of a great story was evident. Here's to hoping the main character's mindset improves.

The narrative voice was so very bad I wanted to stab a ice pick into my ears. It's horribly written. Teenage whiny book. How this was published is byond me.

Ok but not gripping

Premise was ok but no real attachment to characters. Moved a little slow also, maybe for younger readers, like teens.

This was painful to listen to

I never leave bad reviews. This was torture to listen to these girls whine and carry on. Screaming and talking loud putting everyone in danger. The actual monsters were an interesting story line as well as the relationship between Bethany and Cade. The rest sucked. I stuck with it hoping it would get better.

I downloaded this book free and added audio for £2.99 which was a bargin so I wasn't expecting much. I was pleasantly surprised by how good the storyline was. definitely more for teenagers but was a good listen. The narrator did a decent job of the male and female voices and didn't over sell it... if you liked The Fifth Wave youĺl definitely get along with this book. I’m so impressed I got it for free on Kindle and added the audio at such a reduction... great offer, great listen.... I’m off for book 2.