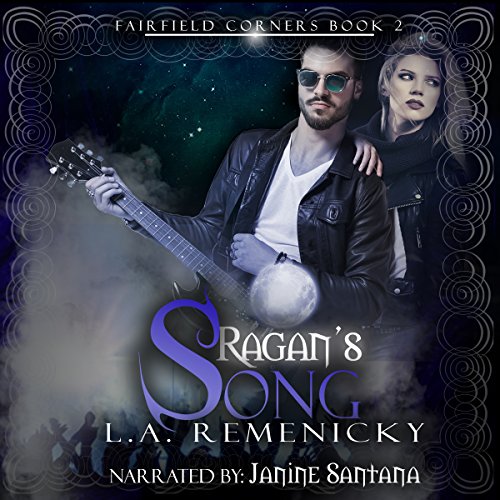 By: L.A. Remenicky
Narrated by: Janine Santana
Try for $0.00

It only took one look into his eyes for her to know she was in trouble.

Adam Bricklin has heard the melody in his head for years, the melody that told him if a decision was right or wrong. When he met Ragan Newlin, the song told him she was the one. He was devastated when circumstances tore them apart. It has taken three years for Adam to finally move past the heartbreak he suffered when Ragan left town in the middle of the night. No note, no email, no text. She was just gone. Now he has a new girlfriend, a new album in the works, and his daughter is doing well in school. Until the day Ragan returned to Fairfield Corners.

Ragan came home to celebrate her parents' anniversary, hoping they would forgive her for not telling them about her marriage or her son. When she discovered that Adam was still living in Fairfield Corners she hoped her secrets were safe; secrets that drove her away three years ago, secrets that could change their lives forever.

What listeners say about Ragan's Song

Ragan's Song (Fairfield Corners #2) was a good read by L.A. Remenicky Ragan returned to her hometown to celebrate her parents anniversary. She has a huge secret that she hopes they will forgive her for. She found out thatAdam still lived there and she was hoping he wouldn't find out her secrets it affects him too. Adam was devastated when Ragan left town three years earlier. She left with no note or text. It has taken the last three years to recover from the heartbreak. Once she returns, the chemistry they once had comes back although they both try to fight it. I really enjoyed this book and can't wait to read more by L.A. Remenicky.